Residents are trying to get back to normal in the south Ottawa neighbourhood of Arlington Woods, where the sound of the cleanup is the sound of chainsaws.

The community was defined by the lush forest that surrounded it, but when a tornado came through the south Ottawa neighbourhood Friday, trees crashed into homes and caused havoc. It was one of three tornadoes that hit eastern Ontario last week, this one an EF-2 with wind speeds of up to 220 km/h.

Now, the towering trees that were snapped like twigs are being cut up, and residents are trying to get back to normal.

Frank and Doreen Mourits have been sleeping in their living room because the married couple has no roof.

"We are looking at the sky. There is nothing left," Frank Mourits said.

Despite being without power, they've been doing their best to clean up. "We sleep on the couch and you know, whenever we have the energy, we pick up and continue working," Doreen Mourits said.

They're still waiting for an insurance agent to inspect the home, and Frank Mourits concedes the agent may tell them the home is simply unlivable.

He was home when the storm tore through. He had no idea what was happening.

Watch Doreen Mouritz talk about the tough cleanup ahead: 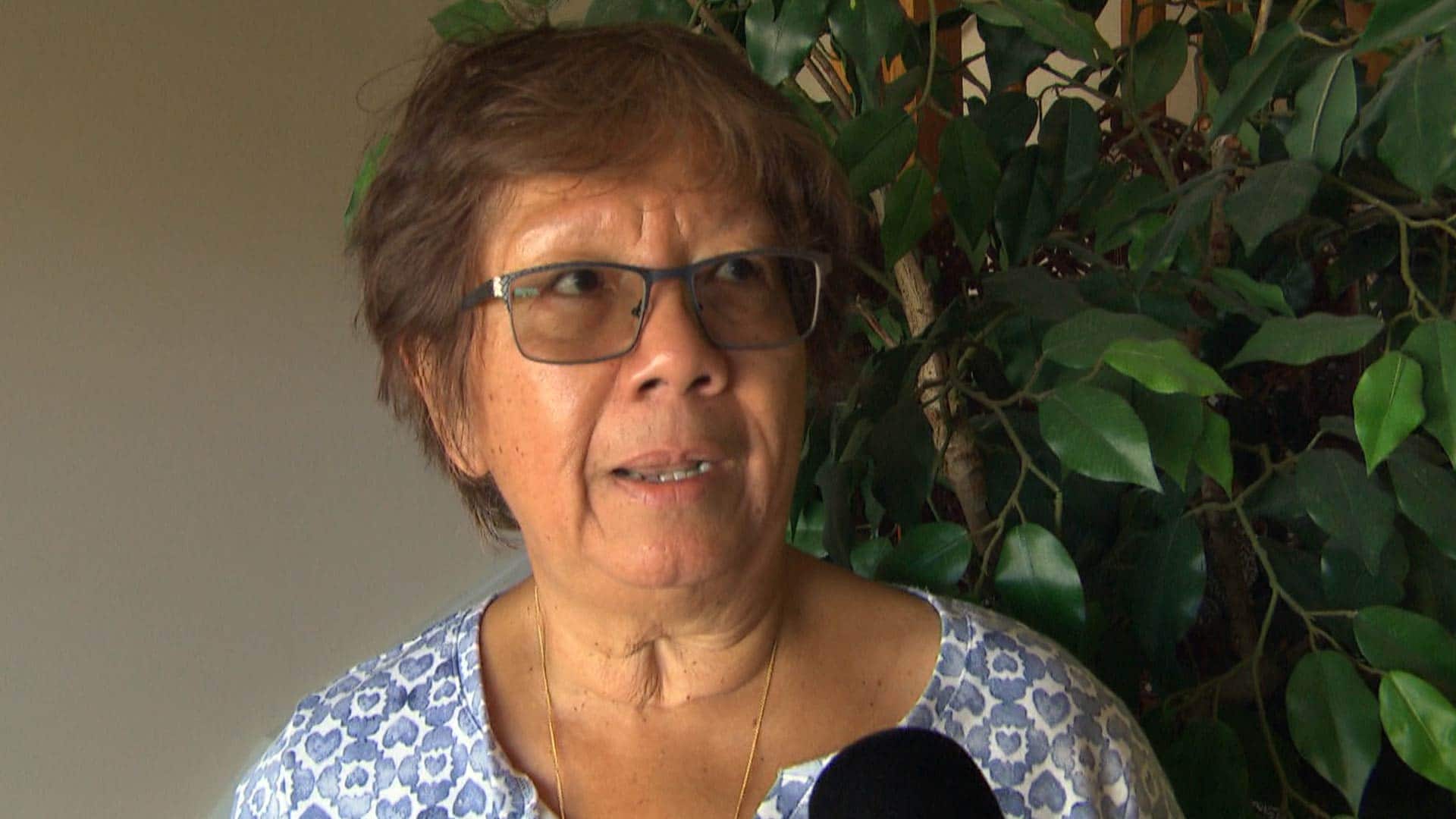 "I don't want to think about it, I might break"

2 years ago
0:16
Arlington Woods resident Doreen Mouritz on the tough cleanup ahead after a tornado ripped through her Ottawa neighbourhood 0:16

That half a minute took down the trees surrounding their home, smashed windows and ripped apart a section of the roof. Instead of a roof, one of the upstairs bedrooms has tree branches forced inside by the winds.

Volunteers have shown up to the neighbourhood in droves and Doreen Mourits said they give her strength.

"I am inspired by the volunteers in the neighbourhood," she said. "I am just so impressed with them."

Faith in the cleanup

Nearby, at the Arlington Woods Church, workers were covering a massive hole in the roof. Pastor Mike Hogeboom said that when he first saw his church, he was stunned.

"It feels like I've been violated ... Everything is just so wide open and something that was very sacred is now just kind of ripped apart," he said.

The church's peaked roof has been ripped clean off, leaving only sky above the altar and the crucifix on the far wall. The congregation held their service outside on Sunday.

Hogeboom said after the initial shock, the service was an opportunity to bring everyone together.

"There were some tears, but also there was joy, thanksgiving for the things that were so good," he said. "We're going to work through this. We can put this back together again."