Aretha Franklin still rewarded by her audience's love of music

In a one-on-one interview with the CBC's Sandra Abma, legendary soul and gospel singer Aretha Franklin discusses her love of music, the meaning of respect and her brand new album. 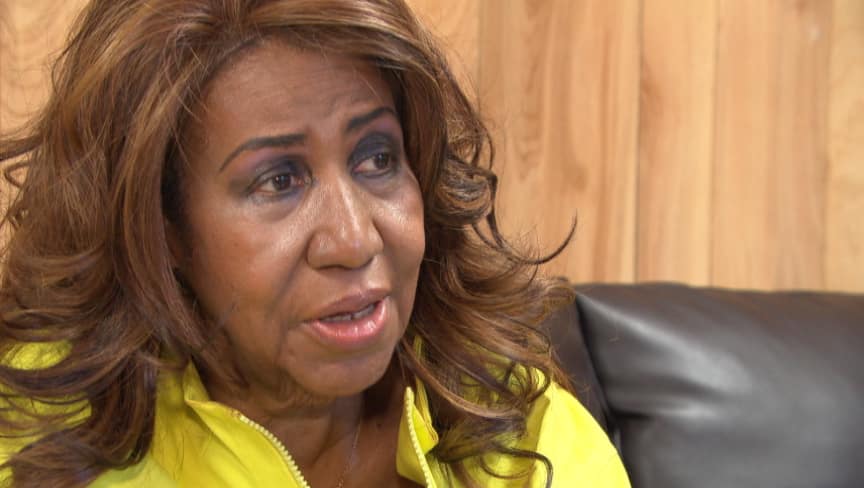 7 years agoVideo
6:09
Sandra Abma sits down for an exclusive one-on-one with the legendary Aretha Franklin. 6:09

Aretha Franklin continues to feel rewarded by her music and the audience reaction, she told the CBC's Sandra Abma in an exclusive interview before her concert in Ottawa Saturday night.

The 72-year-old singer brought her soulful performance to the TD Ottawa Jazz Festival, one year after having to cancel all shows in Canada for health reasons.

Franklin says her health has improved and her music keeps fuelling her on tour and in the studio.

In the interview, which you can watch in full through the video link above, Franklin also talked about the role music plays in her life and the lives of others.

"Music does a lot of things for a lot of people. It's transporting, for sure. It can take you right back, years back to the very moment certain things happened in your life. It's uplifting, it's encouraging, it's strengthening," she said.

Franklin is currently working on a new album with Babyface along with Andre 3000 — a member of American hip-hop duo OutKast.

She said the album will feature cover songs of Adele's Rolling in the Deep and What's Love Got to Do with it by Tina Turner.