An Ontario Superior Court judge has found some of the enforcement powers held by the province's animal welfare agency to be unconstitutional, and says the government has 12 months to rewrite laws to remedy the situation.

An Ontario Superior Court judge has found some of the enforcement powers held by the province's animal welfare agency to be unconstitutional, and says the government has 12 months to rewrite laws to remedy the situation.

Jeffrey Bogaerts, a paralegal from the Perth, Ont., area who has an interest in animal welfare law, launched the constitutional challenge five years ago after helping several animal owners who were being investigated by the Society for the Prevention of Cruelty to Animals (SPCA), including a woman whose pet dog was seized.

His lawyer, Kurtis Andrews, said he and Bogaerts are pleased with the victory.

"I am very happy," Andrews said. "Very often these kind of cases aren't successful, so it was very exciting to read [the judge's ruling]." 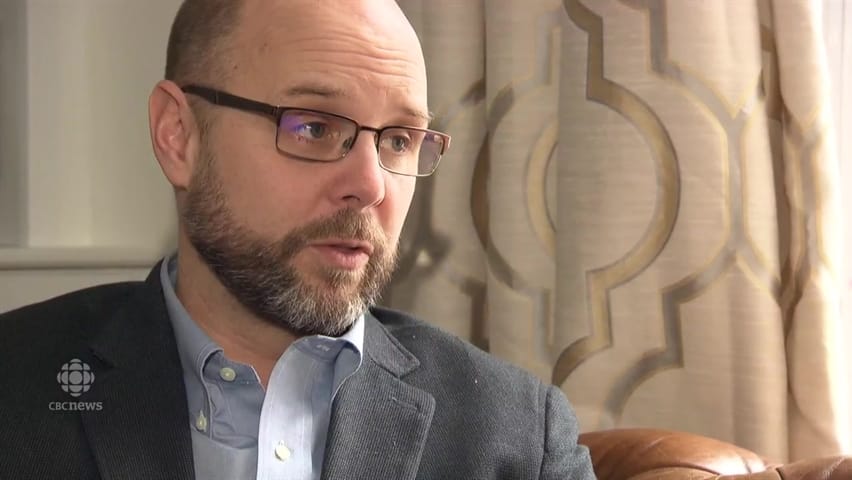 2 years agoVideo
0:38
Lawyer Kurtis Andrews argued in court that search and seizure powers granted to the Ontario Society for the Prevention of Cruelty to Animals violate the rights of animal owners. A judge has ruled in his favour. 0:38

Ontario Superior Court Justice Timothy Minnema ruled the provincial government was wrong to grant police powers to the Ontario Society for the Prevention of Cruelty to Animals (OSPCA) without also imposing reasonable standards of transparency and accountability, and called it a breach of Bogaerts's Charter rights.

The OSPCA — a private charity that receives millions of taxpayer dollars as well as private donations — has had police powers since the OSPCA Act became law in 1919, and is responsible for enforcing provincial and Criminal Code animal cruelty laws.

"Although charged with law enforcement responsibilities, the OSPCA is opaque, insular, unaccountable, and potentially subject to external influence, and as such Ontarians cannot be confident that the laws it enforces will be fairly and impartially administered," Minnema wrote in a decision released Wednesday.

Minnema said the OSPCA appears to be an organization that fulfils public functions without being held accountable like other police organizations that have to comply with the Police Services Act, the Ombudsman Act and freedom-of-information laws.

'An issue for the government to address,' OSPCA says

The office of Ontario's Attorney General declined to comment on the ruling, saying the 30-day appeal period has begun and it would be inappropriate to discuss the matter.

The OSPCA also declined an interview request, but issued an emailed statement saying it respects the court's decision.

"This is an issue for the Government of Ontario to address," a spokesperson wrote.

"The Ontario SPCA will continue to provide animal protection services while the government determines how they wish to proceed."

In court, Bogaerts and his lawyer had also argued the OSPCA violated the Charter through searches of homes and seizures of animals. They lost those arguments.

"But we won the big argument," Andrews said.

"This was never about attacking animal welfare laws. It's about how the law was administered. We're not saying that the OSPCA are always acting badly, and we recognize they aren't funded properly."

Andrews also pointed out that a private charity relying on donations could be in a conflict of interest if a donor requested an investigation.

The judge's decision also lays out a new principle of fundamental justice that could stand in the way of governments granting policing powers to other private agencies in the future, he added.

"Our argument included some fairly far-reaching principles that will go far beyond the OSPCA," Andrews said.

An unlikely ally in the court case against the provincial government was Animal Justice, a national legal organization that fights for animal rights. Its lawyer had intervener status in the case.

Camille Labchuk, the organization's executive director, said she's pleased with the ruling because her organization couldn't find out about OSPCA's internal policies, codes of conduct, criteria for starting investigations and more.

"It's clear from the ruling that shunting off animal law enforcement and giving it to a private charity and not taking responsibility for it is no longer an option for Ontario," she said.

"The public's confidence in administering justice for animals is crucial and this decision will help accomplish that."

But Labchuk said the decision only deals with the enforcement of animal welfare laws, and she argued tougher legislation is needed to protect animals.

"Animals can't report abuse and are often behind closed doors on private property and they can't be adequately protected," she said. "We need substantive laws about improving animal welfare."

With files from the CBC's Laurie Fagan