Eastern Ontario MPP Amanda Simard is leaving the Progressive Conservative caucus and will sit as an independent.

The representative for ​Glengarry–Prescott–Russell, which includes the eastern fringe of Ottawa and communities east of the city, gave no reason in her Thursday letter to the speaker's office.

Ontario MPP Amanda Simard is quitting the Progressive Conservative caucus of Premier Doug Ford to sit as an Independent, Simard is opposed to Ford cutting the office of a French language rights watchdog and cancelling a planned French language university in Toronto. <a href="https://twitter.com/hashtag/cdnpoli?src=hash&amp;ref_src=twsrc%5Etfw">#cdnpoli</a> <a href="https://t.co/JVhmAsUj6O">pic.twitter.com/JVhmAsUj6O</a>

Simard declined to comment to Radio-Canada Thursday morning after the news broke.

However, she's been vocally opposed to her party's francophone policies over the last week and openly mused about her future with the PCs. She voted with the NDP Wednesday on a motion condemning the funding cuts.

The policies she objected to include the since-cancelled move to cut the province's French language services commissioner.

The PCs are moving ahead with the cancellation of funding for a new French-language university.

Premier Doug Ford said it was her choice to leave.

"[The party is] more united than we've ever been," he told reporters on Thursday.

"We wish Amanda Simard well as she sits as an independent," said Ford's spokesperson, Simon Jefferies, in a statement Thursday. "It's unfortunate that she chose not to work within government in service to her constituents."

Simard was elected for her first term at Queen's Park this June to represent the riding with many francophones.

The most recent census indicated that 66 per cent of her riding's population are able to conduct a conversation in both official languages.

She was the first non-Liberal MPP for the riding, which was created in 1999 and voted Liberal each of the previous elections.

Carol Jolin, president of l'Assemblée de la francophonie de l'Ontario, said in a statement that Simard is a person of conviction and a Franco-Ontarian ally. 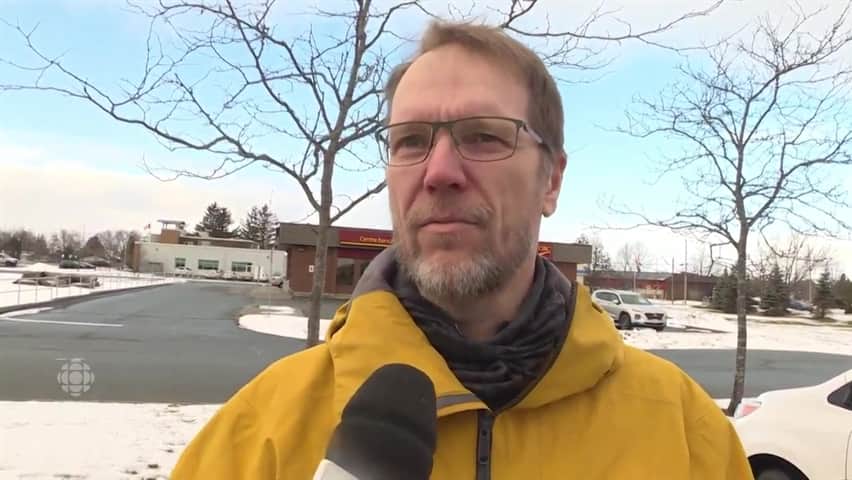 2 years agoVideo
0:34
People in Embrun, in Amanda Simard's riding of Glengarry-Prescott-Russell, learned today their MPP was leaving the PC caucus. Simard had spoken out against her government's plan to cut francophone services. 0:34

The mayor of one of the largest communities in Simard's riding praised her decision Wednesday on CBC Radio's Ottawa Morning.

"I'm disappointed that Ford did not consult with her before the [changes] were made," said Hawkesbury Mayor Jeanne Charlebois. "I'm definitely not disappointed in Amanda at all. She stood her ground. I'm very proud of what she did."

"I have a lot of respect for Simard for putting up and sticking to her guns," said Clarence-Rockland Mayor Guy Desjardins, though he did express concern that some community issues might now receive less attention.

"We'll have to ask for a meeting with her to discuss what her ideas are, and at the same time maybe we'll have to contact some of the higher ministers to find out if some of the things we were looking for will still be looked at."

Simard's decision goes against the advice given to her by a long-serving francophone MPP in Prescott-Russell.

Jean-Marc Lalonde, who represented Glengarry–Prescott–Russell as a Liberal MPP from 1995 to 2011, said Thursday he spoke to Simard several times since the government announced its intentions to cut francophone services.

Speaking in French to Radio-Canada, Lalonde said the option of crossing the floor or sitting as an independent did come up, but he advised her to stay with the party.

"My recommendation was always, stay with the PCs. The PC government is in power for the next four years, and we need someone who can argue and stand up for Franco-Ontarians," Lalonde said.

According to Lalonde, Simard did not reply directly to his advice.