Condo owners at the 19th-century Victoria Woollen Mill could see their insurance rates increase threefold, largely because of their heritage designation.

Condo owners at a 19th-century mill in downtown Almonte, Ont., could see their insurance rates increase threefold, in part because of their heritage designation.

While the municipality designated the Victoria Woollen Mill a heritage building in the late 1970s, the problem came when the condo board tried to renew their policy this year.

And when their broker tried to find a replacement policy, they were turned away by more than a dozen companies — with the heritage designation among the big reasons.

"It certainly feels like we're being penalized because we're in a heritage building. Because people don't want to even consider insuring us," Pugh said.

Pugh said their annual premiums have increased from $11,000 a year to $36,000 with Economical, their new insurance company.

The cost is split between more than a dozen owners, as well as two restaurants, based on their square footage — but it still led to a "substantial increase" in condo fees, Pugh said.

"That can be a deterring factor both from a resale point of view as well as people being able to commit to staying here," she said. 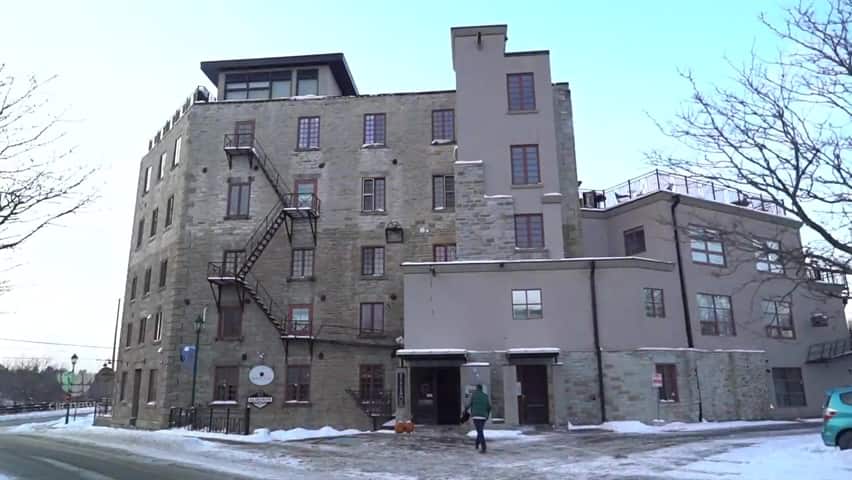 Stephen Brathwaite, a developer who has worked on heritage redevelopment in Almonte, including the stone mill, said he hopes the rate increase doesn't scare people away from heritage buildings.

"The town is gorgeous, the buildings are now vital, the people that live in them are happy, the shops are thriving. I don't want anything to spook that," Brathwaite said.

Brathwaite said insurers need to look more closely at the mill, which uses many modern materials as a result of its redevelopment and expansion.

"I want to see the companies dig down a little deeper rather than just responding on the telephone with a checklist of questions."

Jason Schooley, the insurance broker for the mill, said premiums are generally rising in the wake of recent natural disasters, and that in the current "hard market" companies are re-evaluating the cost of providing coverage.

Schooley said heritage designations raise red flags for insurers since if there were catastrophic damage, they could have to cover the cost of stone, ironworks and heavy timber.

"The insurance company's really concerned [about] how we're going to replace that and at what cost," he said.

The Insurance Bureau of Canada said they've seen similar situations with heritage properties in other parts of Ontario.

Pete Karageorgos, its director of consumer and industry relations for Ontario, said heritage property owners need to work with local and provincial heritage groups to help explain what elements require special care, and then find a company with the relevant expertise.

Karageorgos said the "concern" is that there are fewer and fewer of those companies.

"At times, it takes more work and more effort to ultimately find an insurance company that understands heritage properties — and will be willing to underwrite and take on that risk and insure it."

Pugh said she hopes the industry reviews how it treats heritage properties to help them remain sustainable.