School president launches task force, to report back in fall 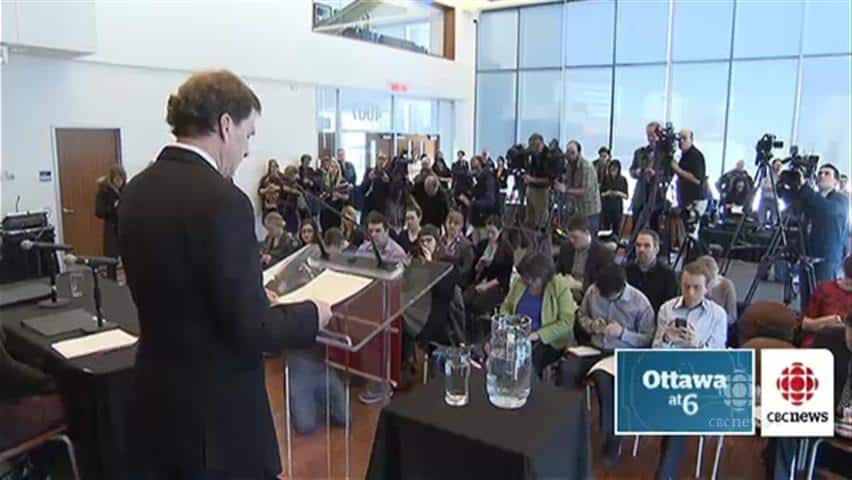 University of Ottawa responds to incidents

Speaking alongside chancellor Michaëlle Jean, Rock said the university acted “rapidly and seriously” when it learned of an allegation of sexual assault against a female involving several members of the men’s hockey team.

Rock said the school found out about the alleged incidents, which are reported to have occurred during a team trip to Thunder Bay to play two games Jan. 31 and Feb. 1, on Monday, Feb. 24.

He said he found out the next day, police were alerted, and the decision was made to suspend the team on Thursday, Feb. 27.

That announcement was to be made that Thursday night, according to Rock, but Thunder Bay police asked university officials to hold off, because their investigation was at a “sensitive” stage.

The school announced the team’s suspension on Monday.

Reminder of the ‘pervasiveness of misogyny’

The new "Task Force on Respect and Equality" will report back in the fall with specific recommendations on how to promote respectful behaviour on campus, Rock said.

He said members will work with a student-union led task force that he expects will be launched next week.

Jean said these types of incidents, which also include an explicit online chat about the head of the university's student union, are the tip of an iceberg when it comes to society as a whole.

"It is not a concern for women only, our campus only, it's a societal issue … We all need to address this issue,” she said.

“What we were just brutally reminded of this week is the pervasiveness of misogyny.”

Rock said he’s been involved with the school for over 50 years and recent events “stand in shocking contrast” to what he’s experienced.

He said as appalling as the events of the last two weeks have been, they can also serve as a catalyst for discussion and an opportunity he intends to take full advantage of.

Rock also explained why students involved in both incidents haven’t been punished academically.

He said players on the men’s hockey team can’t use the school’s rink and can’t transfer to other schools to play, but the allegations haven’t been proven so it would be best to wait before deciding on academic sanctions.

When it comes to the five students involved in the chat, Rock said the student union asked administrators not to hand out academic punishment.

He added the task force will look at whether academic sanctions should be an option going forward.

Rock said the decision to suspend the hockey team was made because of the more than three weeks that passed between the alleged incident and when it was brought to the attention of administrators, along with information that came up during interviews with the coach.

He said the school’s internal review will tell if the team’s coaching staff did anything wrong and hopes this won’t be the end of the school’s men’s hockey program.

A new University of Ottawa student group called Let's Talk About Rape Culture sent out a news release early Thursday before the news conference, saying these events are a "wake-up call to lift the veil on the all too common and often daily reality that is rape culture for women and men on our campus."

"This culture of rape, which is nothing less than the outright trivialization of all forms of sexual violence, cannot be swept under the rug and must be taken seriously by all, be they students, professors, union activists, employers, journalists, lawyers, etc.," the news release said.

Group members including students and members of the local student workers union said they had eight recommendations for the school, including creating a committee to look at rape culture policies and tools across campus, the creation of a women's help centre on campus and a day of public debate on rape culture.

Anne-Marie Roy, the student union leader at the school and the target of the Facebook chat — in which one of the participants suggested she be "sexually punished" — said what happened to her is too common on campus.

"It seems like rape culture is very ingrained in the way some of these men are thinking, and it's very normalized — so much so that discussing these matters in a private conversation is OK," she said.

On mobile? Click here to vote on whether the University of Ottawa is reacting strongly enough.