Algonquin College is reserving 30 per cent of available seats in four of its most popular technology programs for women in a bid to boost female enrolment in male-dominated fields.

Algonquin College is reserving 30 per cent of available seats in four of its most popular technology programs for women who meet the minimum admission standards.

The "We Saved You a Seat" initiative was launched Friday and hopes to boost the number of women taking programs currently dominated by men.

"It's possible that we're going to hear comments around reverse discrimination," said Sarah Gauen, a diversity and inclusion specialist at the college.

"But really, this is about making sure that everybody that comes to our school is getting a really good education."

The three-year pilot project will reserve seats in these programs:

Gauen said 30 per cent is the critical mass where women are really engaged in groups and don't feel isolated in classrooms. 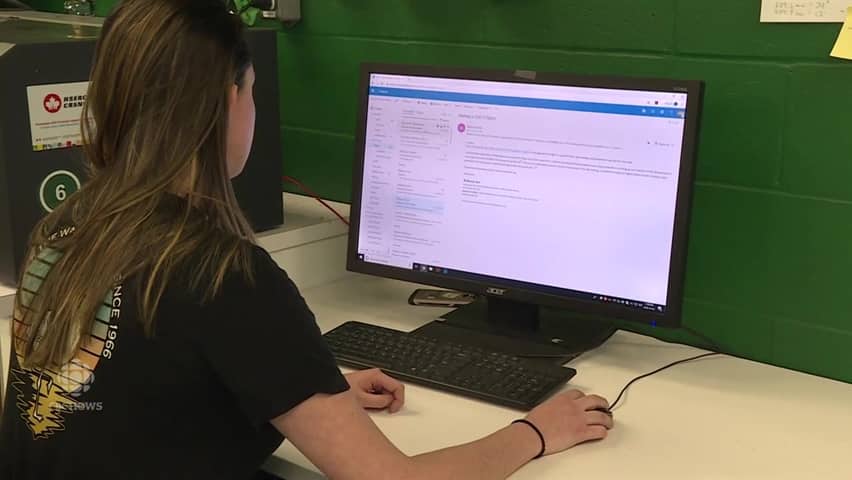 2 years ago
0:33
Holly Wilson, a student in Electrical Engineering Technology at Algonquin, supports the school's decision to reserve seats in some tech programs for women. 0:33

No cap on enrolment

The initiative doesn't set a cap on the number of women who can take the programs, however.

If the programs prove extremely popular, Gauen said, they'll simply "be in open competition for the remainder of the seats."

"This program only has guaranteed admission for up to 30 per cent for the women," she said.

On the other hand, if not enough women apply, the remaining spots will go to men.

Holly Wilson is applauding the project, saying she still remembers how uncomfortable she felt on her first day in electrical engineering technology.

"[It was an] intimidating first day, absolutely," said Wilson. "It was kind of scary to walk in and just see guys."

Wilson, who is now in her third semester, said she's now very comfortable with her fellow students, but believes more women would consider applying if they knew they would be surrounded by other women.

"There's this little barrier of it being kind of intimidating, of walking into a place just completely filled with men and feeling left out. That scares people off," said Wilson.

Currently women only represent about 10 per cent of students in each technology program at Algonquin College.

That's about two to four women per classroom, according to Kathryn Reilander, an electrical engineering technology professor.

She said it's important that young women have the confidence to continue studying math and science at the high school level so they can qualify for engineering programs at colleges and universities.

"Be confident in yourself when you're women in Grade 9, and say that you can do this, you can go into these tech fields that are predominantly [filled with] men," said Reilander.

"You will succeed. You will thrive. You will do well."