Chiefs of Algonquin First Nations say a decision by municipal politicians to allow the Algonquins of Ontario to urbanize a large swath of land in Ottawa's rural southeast isn't reconciliation, and say they weren't consulted.

Chiefs of Algonquin First Nations say a decision by municipal politicians to allow the Algonquins of Ontario to urbanize a large swath of land in Ottawa's rural southeast isn't reconciliation, and say they were never consulted on the project.

Mayor Jim Watson and many city councillors support a plan by the Algonquins of Ontario and their development partners, Taggart Group of Companies, to create an entirely new community of up to 45,000 residents. The development, near Amazon's Ottawa distribution centre, is to be called Tewin.

But chiefs of Kitigan Zibi, Kebaowek and other federally recognized communities don't consider the Algonquins of Ontario to be a legitimate entity. Rather, they characterize the group as a corporate body created just over a decade ago by the Ontario and federal governments to negotiate a land claim, and say it includes many non-status people with tenuous claims to Indigenous ancestry.

"I believe that there's more education that needs to be done with the City of Ottawa and their councillors," said Dylan Whiteduck, chief of Kitigan Zibi. "A body that was created is being awarded these types of lands that are rightfully unceded and rightfully the Algonquin nation's — ours."

They're going to wreck any real opportunity to have reconciliation with the real title holders and the nation on whose land everyone is sitting.- Lance Haymond, Kebaowek First Nation

"I call it 'wreck-onciliation,'" said Lance Haymond, chief of Kebaowek First Nation, who said he learned of the project when someone sent him a newspaper article about it. "They're going to wreck any real opportunity to have reconciliation with the real title holders and the nation on whose land everyone is sitting."

The Algonquin Anishinabeg Nation Tribal Council met Wednesday morning by video to discuss the Tewin project, and is drafting an open letter to Ottawa city council, CBC News has learned. 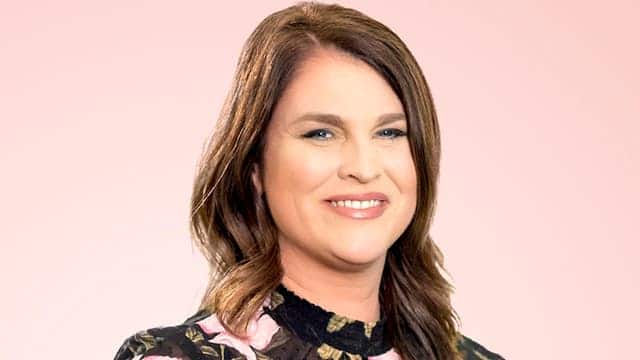 Ottawa Morning15:48Algonquin chiefs denounce urban expansion as 'wreck-onciliation'
Chiefs of Algonquin First Nations say a decision by municipal politicians to allow the Algonquins of Ontario to urbanize a large swath of land in Ottawa's rural southeast isn't reconciliation, and say they were never consulted on the project. 15:48

City council is set to vote Feb. 10 to allow the Algonquins of Ontario to select 445 hectares from land it owns near Boundary Road and Highway 417 to be included in a larger urban expansion of 1,281 hectares.

City staff confirmed to CBC News that parcels within that area scored poorly on such criteria as available infrastructure and proximity to public transit, while other rural properties scored significantly higher.

Despite that, Watson has characterized Tewin as an opportunity for reconciliation with Algonquin people, and said that process requires some flexibility.

The federal government officially recognizes 10 Algonquin First Nations, nine in Quebec and one — Pikwakanagan — in Ontario. The chiefs say they have never seen the Ottawa River as a border, but simply a travelling route.

The Quebec chiefs are concerned that the Ontario government sold land to the Algonquins of Ontario, who were given first right of refusal, without consulting them.

The Ottawa city councillors lining up behind the Tewin plan appear to be acting in haste because "the whole of Canada is buzzing about reconciliation," Haymond said.

"In this case, I think it's rather rushed and misguided. I appreciate the city is interested in doing reconciliation, but I think and believe that excluding the real Algonquins from plans for reconciliation activities is a rather sad situation."

Whiteduck has welcomed the city's decisions to rededicate a rail bridge over the Ottawa River and a street in Rideau-Rockcliffe ward in memory of former Kitigan Zibi chief William Commanda.

"They're small, great gestures," he acknowledged. But when it comes to this project, he said the city shouldn't be listening to the Algonquins of Ontario.

Despite concerns raised by Algonquin chiefs, however, Mayor Watson's office provided CBC with a statement Wednesday afternoon in which he reasserted his support for the Algonquins of Ontario and their project.

It says that the City of Ottawa has engaged with the Algonquins of Ontario as "the legitimate organization" recognized by the municipality, Ontario government, and federal government in the land claim negotiations.

The mayor believes there will be "strong support" for the expansion for Tewin at council on Feb. 10, after a "strong vote" at a joint committee last week, it added.

"If we don't help the Algonquins of Ontario with this new sustainable community, then their land agreement with the province of Ontario would be stale, therefore blocking any opportunity for them to use the land to create future prosperity," reads the statement.

The Algonquins of Ontario (AOO) also provided a statement from Pikwakanagan Chief Wendy Jocko, one of its negotiation representatives.

"The governments of Canada and Ontario formally recognize the AOO as the appropriate body charged with the responsibility of negotiating a modern-day treaty," she wrote.

Jocko also explained the Algonquins of Ontario purchased the lands at fair market value, and "completed separately" from treaty negotiations, as a "unique opportunity to weave the Algonquin people into the socioeconomic fabric of the City of Ottawa, in an environmentally respectful way."

With files from Jorge Barrera