More young people in Ontario — especially young women — are ending up in hospital because of excessive alcohol use, according to a new study from scientists in Ottawa.

'I think all of society needs to see this data,' Ottawa researcher says

More young people in Ontario — especially young women — are ending up in hospital emergency departments because of excessive alcohol use, according to a new study from scientists in Ottawa.

The research, published in the Canadian Medical Association Journal on Monday, looked at a total of 765,354 emergency room visits in Ontario due to alcohol use between 2003 and 2016.

Researchers found that emergency department visits due to alcohol increased 86 per cent for women and 53 per cent for men.

"It's eye-opening," said Dr. Peter Tanuseputro, a family doctor and scientist at the Ottawa Hospital and the Bruyère Research Institute.

Excessive drinking, blacking out, and the need for detox led to the emergency room visits, as well as more serious liver or pancreas illnesses.

"I think all of society, to be quite frank, needs to see this this data," said Tanuseputo.

"It's a responsibility of all of society to look at these numbers. Look how sobering they are and make sure that the trends don't continue." 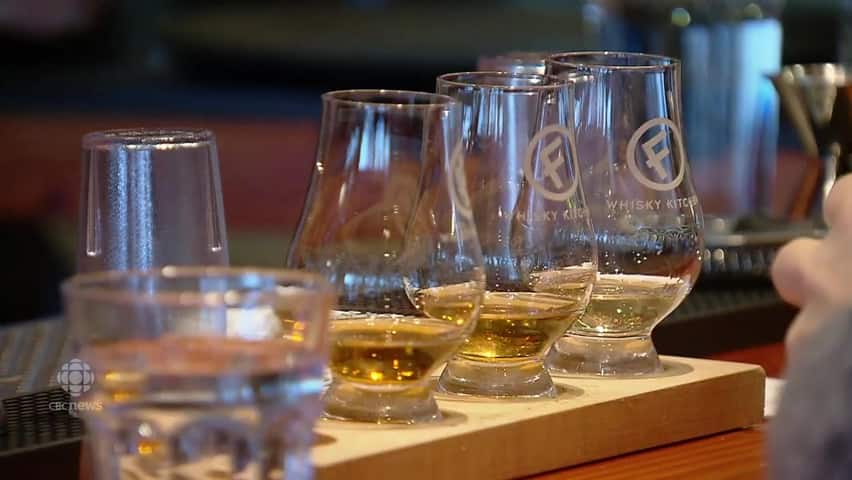 1 year ago
1:04
Daniel Myran and Peter Tanuseputro, with the Ottawa Hospital, discovered an increase in the number of alcohol-related emergency room visits after analyzing data gathered between 2003 and 2016. 1:04

This upward trend is consistent with previous studies suggesting the average weekly alcohol consumption in Ontario and elsewhere is increasing, according to the researchers.

"The largest increase over this period was among women were ages 25 to 29, and in this group we saw a 240 per cent increase in visits to the ER because of alcohol," Tanuseputro said.

The researchers said they decided to analyze the data following the introduction of beer sales in some Ontario grocery stores in 2015.

The program has expanded to include wine and cider and the province is now pursuing a plan to make beer available at corner stores.

In a statement, Health Canada said it's reviewing the study and is working on more initiatives to address problem drinking, along with the work it's already doing to stop alcohol use during pregnancy and support people living with addictions.

The results of the study are no surprise to Bailey Reid, 33, who gave up alcohol more than two years ago because of her own bingeing, black-outs and loss of self-control.

The marketing of beer, wine and liquor to young people, especially women, is a big part of the problem as far as she is concerned.

"I was in a store the other day and there was a tank top that said 'Rosé all day' in the youth section. It's just so weird."

She points to what she calls an "Instagram culture" that glorifies excessive drinking and restaurants offering brunch menus that have fun with the idea of hangovers.

There's also a concerning change, notes Reid, now that alcohol sales have expanded past the LCBO.

"We're not thinking about alcohol as being potentially dangerous —but the study is clearly showing that it is dangerous."