Airbnb underground room rentals can be risky, some say

A website that allows people to book a room in a stranger's home at the fraction of the price of a hotel room is catching on worldwide, but there are risks, some say. 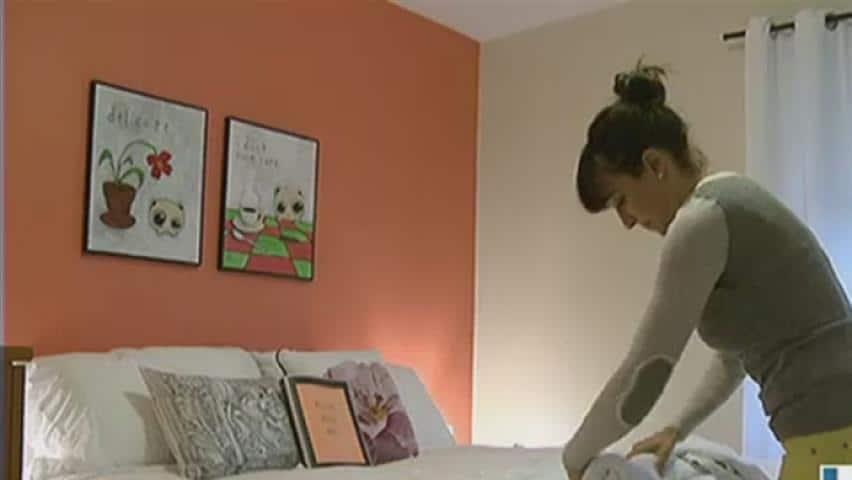 A website that allows people to book a room in another person’s home at the fraction of the price of a hotel room is catching on worldwide, but some are warning about the risks of hosting strangers.

Airbnb.com is a website that caught the eyes of Sam Esser and Ashleigh Esser-Cuming, a newlywed couple in Ottawa. They said they charge guests $70 per night for a room in their home, which helps provide supplemental income.

“It seemed like a nice way to make a little income off a room that just sits empty 99.9 per cent of the other time,” said Esser-Cuming.

"I think it is a great way to make some money and meet people. We’ve met tons of people. We've had a lot of guests from Europe and we've added a bunch of places to our list that we want to travel to."

Esser-Cuming said she and her husband have hosted 25 guests from around the world, all booked through the Airbnb site. It advertises short-term home and apartment rentals in 190 countries for as little as $30 per night.

In May, the Quebec government investigated 2,000 people for allegedly using the service because residents are not allowed to advertise online for free or rent out their apartment on a regular basis for less than 31 days. They have to pay a $250 fee.

Then last month, the government ticketed two homeowners — one in Quebec City and one in Lévis, Que., — who could face fines ranging between $750 and $2,250 for each day they rented out rooms. Ontario does not have a similar law on these types of unregistered hotels.

The Airbnb website states it will reimburse hosts for damage to their property up to $900,000, but it does not replace a homeowners’ insurance policy.

The company also does not insure any stolen cash, collectibles, jewellery or pets.

The Ottawa Gatineau Hotel Association warns the website is a risky underground market.

“I’d be concerned about anyone staying in an unlicensed facility where they’re booking from away, either from a personal safety point of view or a sanitation point of view, or just a liability point of view,” said Dick Brown, the association’s president.

An Ottawa insurance broker also said if someone staying at your home caused a fire, it would spark a lawsuit and would likely leave the homeowner liable.

Greg Bergeron of Allstate Insurance also said a homeowner should alert their insurance company if they are hosting people through AirBnB because they would have to change their home or tenant policy to cover the added risk.

The Essers said they are not concerned, adding they change their alarm codes frequently, list houseguest rules and refuse to rent out their entire home.

“We’re not paranoid, but we’re also aware we’re having strangers stay in our home. But overall, it hasn’t been a problem overall, people have been great,” said Esser-Cuming.