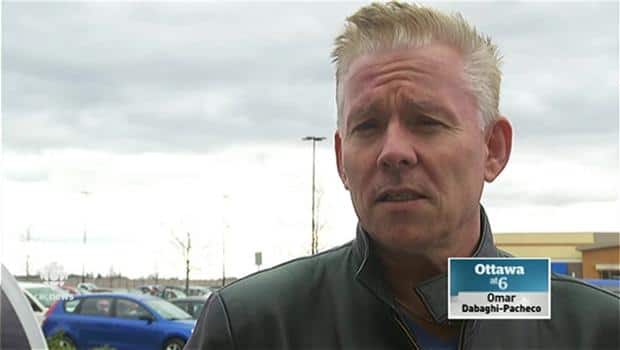 MRC des Collines police said about a thousand people went to Spookland, a licensed event with five DJs and three dance floors billed as “THE MOST GHOULISHLY AWESOME HALLOWEEN PARTY EVER” for students ages 16-21, according to its Facebook page.

Police said people as young as 14 years old were bused in from across Ottawa and communities such as Carleton Place, Kemptville and Perth after organizers recruited at area schools.

Nine people were taken to hospital after taking drugs or suffering alcohol poisoning, according to paramedics. Police had previously said a dozen people were hospitalized.

Partygoers say pills were handed out on bus

People who went to the event and spoke to CBC News on Saturday said it was very different from last year's when it came to organization, citing overselling of tickets and bartenders who stopped checking IDs.

"We got in at the gates right away, we weren’t the people waiting at the gates for a while… there were literally people being thrown over without having their ticket bring scanned, over a fence,"​ said Emily Beveridge.

“Personally I wasn’t drinking but I was watching young kids go up to the bartenders and they were serving those young kids without even IDing them,” said 17-year-old Nathan Van Bregt.

"It was like a mosh pit, it was like a jungle with kids and fighting, a lot of underage drinking and drugs."

Beveridge and her friend Tina Pirvali said they and many others on their bus to the venue were offered pills by a man they didn't know.

"I was actually asking him what he was doing and why he was giving out random pills to everyone, he completely ignored me," Pirvali said.

"Someone on our bus actually had a seizure, I think from taking that pill.”

In an email statement given to CBC News Saturday afternoon, organizers I'm With The DJ said some people came to the event already "heavily intoxicated" and paramedics were called once the guests got to the venue.

Otherwise, they said the night passed "without incident."

"There were indeed some challenges and delays to having attendees enter the venue; unintended wait times understandably frustrated some attendees. This was due to thorough screening at the door by qualified security personnel to ensure nothing inappropriate was brought into the venue," the statement said.

"The rest of the event was otherwise without any incident. Local law enforcement officials were notified well in advance of the event and various branches were onsite (sic) to observe and advise.

"We were not overcapacity (sic) or disorganized. We regret any perception and misinformation that we in any way tolerated contravention of the event rules or of our zero tolerance policy on underage drinking and no drugs or paraphernalia."