Two Ottawa motorcyclists were each fined more than $10,000 and each given more than 100 demerit points after west Quebec police say they found evidence of 21 driving infractions on a personal video recorder. 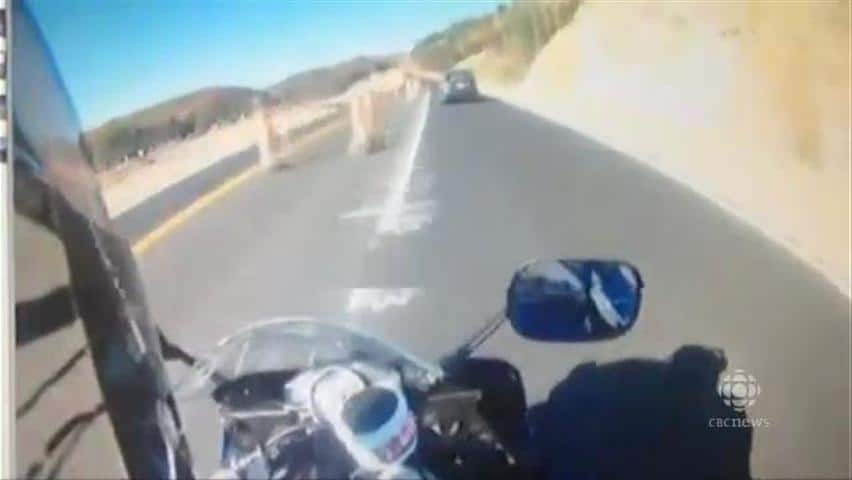 7 years ago
0:52
MRC des Collines released this excerpt taken from a motorcyclist's video camera. Two dirvers were fined more than $10,000 for 21 infractions each. 0:52

Two Ottawa motorcyclists were each fined more than $10,000 and each given more than 100 demerit points after west Quebec police say they found evidence of dozens of driving infractions on a personal video recorder.

MRC des Collines regional police said they arrested two men, aged 26 and 29, on Saturday at 3 p.m. after witnesses reported seeing two motorcyclists driving at high speeds and passing dangerously down Highway 105 near the community of Farrelton, in the municipality of La Peche.

Police intercepted the two motorcylists near the police station in Wakefield, Que.

At the time of the stop, police said one of the motorcyclists attempted to conceal a video camera, but police seized it. Police say the video contained evidence of several dozen driving infractions committed that day.

Police said they would also be charged in court with dangerous driving.