Police are looking into the disappearance of two mothers from the Kitigan Zibi reserve in Maniwaki, Que., who were partying after cashing $11,000 in cheques. 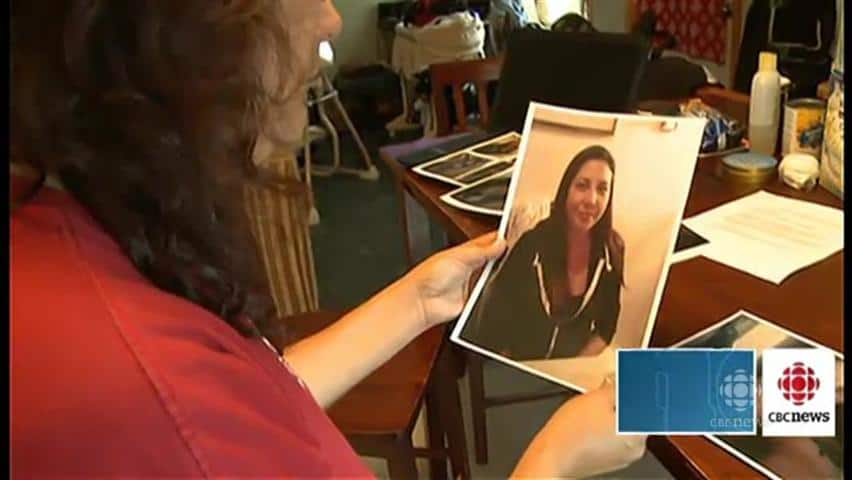 7 years agoVideo
3:27
Two women from Kitigan Zibi north of Gatineau are missing, and friends and relatives are worried. 3:27

Police are looking into the disappearance of two women from the Kitigan Zibi reserve in western Quebec who were last seen Sunday morning.

Nicole Hannah Whiteduck and Laura Spence were last seen on the reserve in Maniwaki, about 130 kilometres north of Ottawa, three days ago.

Both women, who are good friends and mothers, have brown hair. Whiteduck, 31, has a tattoo on her left shoulder, while Spence, 32, is a mother of four including a three-month-old.

The pair had gone out the night before their disappearance, according to Bridget Tolley, Spence's mother. She also said they left their money, wallets and cellphones at home.

Tolley said she only became suspicious on Tuesday morning when she had not heard from her daughter.

“The reserve is not a big place and when you look for somebody, if they’re out partying, you can find them. But this time, you know, when I went out for look for her, I couldn’t find her nowhere,” said Tolley, who is also the founder of Families of Sisters in Spirit, a group that raises awareness about missing and murdered aboriginal women.

“It’s not like them to not come back for their babies.”​

Police said Whiteduck had received a $1,000 cheque on Oct. 17 and already had a cheque for $10,000 in hand. She had cashed the cheques and went out partying over last weekend, said Gorden McGregor, director of the Kitigan Zibi Police Force.

"They were last seen in the community on Sunday morning at 7:30 driving a brown Venture van on a side road," said McGregor.

"Apparently they had been on what we call "the go," or partying.

A Facebook page has been created to help the search for the women, and police have urged the families to file official police reports. Officers have already spoken to families and witnesses on the reserve, McGregor added.

They are still trying to determine which direction the women were heading and are taking the disappearance "very seriously," McGregor said.

Their disappearance comes a week after James Anaya, the UN special rapporteur on the rights of indigenous people, called on the federal government to launch a "comprehensive and nationwide" inquiry into the case of missing and murdered aboriginal women.

This summer, Canada's provinces also issued a joint call for a full inquiry. The federal NDP and Liberals have also requested this, but the government has yet to agree.

The Native Women's Association of Canada estimates there are more than 600 missing and murdered First Nations women across the country.

Two aboriginal women — Shannon Alexander and Maisy Odjick — went missing from Maniwaki more than five years ago. They have not been heard from since.