In the five years since the University of Ottawa's student federation started a food bank, use among students has increased more than tenfold. 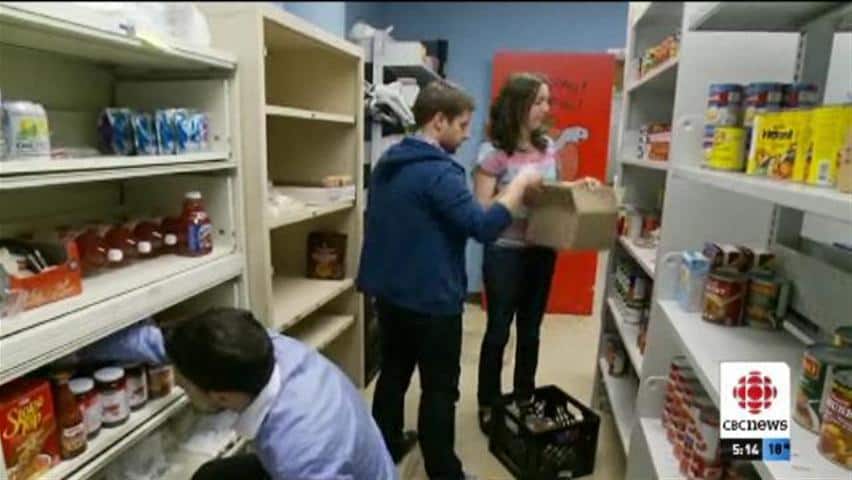 8 years agoVideo
1:59
More and more students at Ottawa U are turning to the food bank. 1:59

Whether it’s the higher cost of living or rising tuition rates, the number of students at the University of Ottawa who depend on the university’s food bank has increased more than tenfold in the past five years.

In 2007, University of Ottawa's student federation created the food bank after a student referendum supported the concept.

"We don’t think that people should have to choose between paying tuition fees and eating, so that’s why we’re here," said Chris Hynes, the food bank’s director.

Student leaders such as Hynes said that is because both tuition fees and the cost of living are going up.

"A lot of the time people assume that if you’re going to university, then you must have the funds in order to buy groceries," said Hynes.

"But the reality is … people are just having to make choices that they shouldn’t have to."

Carleton University also has a food centre including a free food hamper program and a food box program, which works with local farmers to provide students with between $5 and $20 worth of fresh produce.

The general population in Ottawa is seeing a rise in food bank usage, as well, with many new families dipping into the charitable food sector to make ends meet.

The Ottawa Food Bank now serves about 48,000 people a month, with almost two of every five users being children.

There has been an eight-per-cent increase in clients in 2012 with a spike expected in the winter months due to higher bills for such things as heat and hydro.