Video from a dashboard camera appears to show the gunman in the Ottawa shooting leaving the National War Memorial and getting into a parked vehicle on Wellington St. in Ottawa. 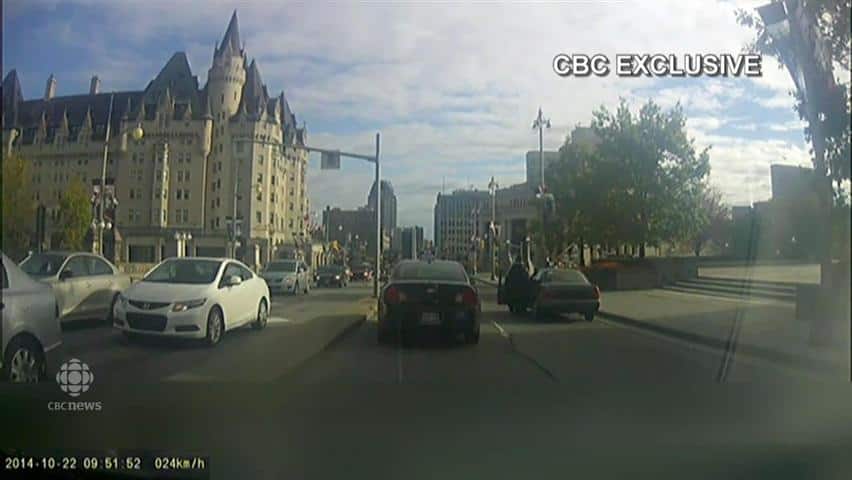 6 years ago
0:37
This is video that appears to show a gunman, later identified as Michael Zehaf-Bibeau, leaving the National War Memorial and getting into his illegally parked vehicle on Wellington St. 0:37

Video from a dashboard camera appears to show the gunman in the Ottawa shooting leaving the National War Memorial and getting into an illegally parked vehicle on Wellington St. in Ottawa.

The car has no rear licence plate, and the man appears to be carrying a long dark object. The time stamp of the video is consistent with the time police say they began to receive 911 calls. The video was submitted to CBC by a person who was driving by at the time.

The gunman was later shot by police. He has been identified as Michael Zehaf-Bibeau.