Ontario cancer patient who must travel to U.S. for treatment trapped in near-constant quarantines

Dean Nixon travels to the U.S. twice a month for life-saving experimental treatment. But government officials say he's not eligible for an exemption from Canada's mandatory 14-day coronavirus quarantine. He faces up to a year of isolation while in Canada unless the rules change or the border opens.

No exemption for twice-monthly trips to U.S. for life-saving therapy 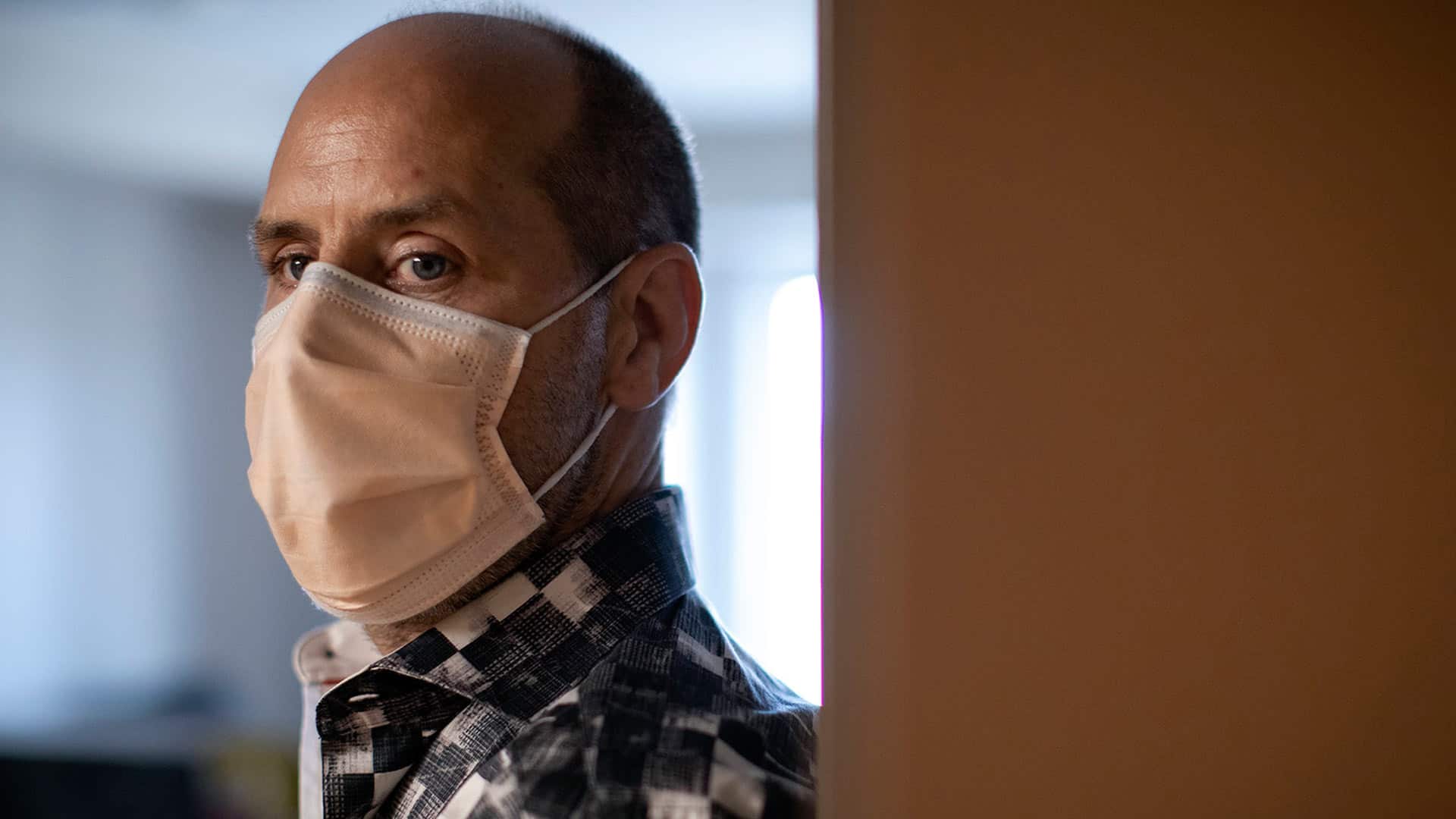 2 months agoVideo
2:42
Federal officials have denied a quarantine exemption for a man from Guelph, Ont., who travels to the U.S. monthly for cancer treatment, even though he’s only gone for two days. 2:42

The only good thing that Dean Nixon can say about his prison is that it has a view.

From the balcony of his small, fourth-floor apartment, the Guelph, Ont., resident can see the open countryside. Able, at least, to imagine freedom, if not experience it.

Nixon, a 46-year-old horse trainer and Stage 4 cancer patient, is living in a bureaucratic limbo, obliged to self-isolate for the coming year while in Canada due to the country's COVID-19 quarantine restrictions.

As far as border and health officials are concerned, Nixon poses a danger because he must travel to the United States twice a month for a life-saving treatment that's not available in Canada. And according to current regulations, he has to self-isolate in his apartment for 14 days every time he returns, resulting in a perpetual quarantine.

"It's extremely frustrating," Nixon said last week, standing on his balcony with his dog, Jeanna, as he spoke to a reporter on the sidewalk, four storeys below. "The only thing I'm guilty of is trying to save my life.

"We have people regularly crossing the border for work. We have American executives coming into Canada who are allowed to circumnavigate mandatory quarantine. I'm trying to figure out how a truck driver, or a nurse, poses less of a threat to the public health than I do, when I'm part of the at-risk population."

Doctors there enrolled him in a year-long trial of a new immunotherapy drug starting in early 2017. Nixon's cancer went into remission, but returned a few months after the treatment ended. He went back on the drug for another year at the beginning of 2019, with similarly promising results. But a follow-up scan this past July discovered new tumours, and in early October he began yet another round of treatments — requiring 26 visits to the United States over the course of the coming year.

Exemption for treatment in Canada, but not for those who go abroad

Nixon is usually out of the country for less than 48 hours. He wears a mask whenever he's in public, keeps his distance and washes his hands frequently. He stays at a Maryland Airbnb that caters to NIH patients, taking extra care to sanitize its rooms. And at the patient care facilities on the sprawling campus, COVID-19 precautions are even stricter, with screening, mandatory masks and limited interaction with staff.

Since the pandemic began in March, the NIH has recorded just one coronavirus transmission at its hospital.

But none of this has made an impression on Canadian border agents or with officials from the Public Health Agency of Canada (PHAC), who have so far refused to exempt Nixon from following the mandatory, 14-day quarantine each time he returns home. His latest crossing and self-isolation order came on Nov. 18.

He finds the situation especially galling given that people who travel to Canada to receive medical treatment don't have to self-isolate. More than five million federal quarantine exemptions have been handed out since last March, mostly to essential workers such as truckers, nurses and technicians. But corporate titans are receiving them too, as detailed in a series of recent CBC News Investigations that have uncovered discretionary business trips by senior U.S. executives.

"There's really no consideration for what my routine would be like, where I live, my situation...." Nixon said. "On a personal level, it means I can't visit friends, family, can't take my dog for a walk, can't be out in the open air, can't exercise.... It leaves me alone here to sit and think about my disease. Which is not a great thing."

The quarantine is also interfering with his livelihood — training standardbred harness racing horses. The farm where his operation is based is just a seven-minute drive from his apartment, but he hasn't been able to visit since the beginning of October. Instead he tries to keep abreast of how the horses are running, eating and behaving via phone calls and text messages with his hired hand. He's already lost two clients and fears that more might follow.

"[The horses] don't speak. So the No. 1 tool at our disposal is to be able to monitor the animals. And if you can't observe them, you can't do your job," said Nixon.

Over the past six weeks, Nixon has tried reaching out to his local Liberal MP, the Canadian Human Rights Commission and the Canadian Cancer Society for assistance. So far, no one has been able to help. He has also appealed to PHAC for a special exemption but has been rejected.

In an email sent earlier this week, the federal health agency told Nixon that quarantine exemptions "are purposefully limited to minimize the introduction and spread of COVID-19" and that he is unlikely to qualify for one.

"Unfortunately, there are no exemptions for travellers returning to Canada from receiving medical treatment in the U.S.," reads the note.

CBC News contacted the Canada Border Services Agency and PHAC about Nixon's case, asking why the medical exemptions flow in only one direction. The CBSA said that it only enforces the rules as set out by the Public Health Agency of Canada and the federal government. PHAC has yet to provide a comment or explanation.

No choice but to seek treatment in U.S.

Dr. Julius Strauss, who oversees Nixon's treatment at the NIH's Clinical Center, says he worries about how his patient will cope with the effects of a year-long lockdown.

"I am concerned about Mr. Nixon's mental health, about being locked down with this diagnosis and not having any ability to interact," Strauss said.

"I understand the safety precautions, but also have concerns about his financial hardships, because he's not able to do his normal job."

The immunotherapy is Nixon's only viable choice, says the doctor.

"It's critical for him, this treatment," Strauss said. "It's not experimental for him. Because for him, we know it works."

Nixon isn't sure if he's the only one facing such a cross-border dilemma. There are no other Canadians currently receiving treatment at the NIH. And no one has come forward in the patient support forums he posts to.

Nixon's goal is to someday set up a group to help more Canadians access foreign clinical trials. But first he must find a way to navigate the pandemic and its restrictions.

His wishes are as simple as the government regulations are complex.

"I really just would like to be able to go to work, maybe take my dog for a walk, and that's about it. I'm not asking for a lot. What they're asking, I think, is considerably more."