'Music for comfort': Why people are moved to write songs in times of tragedy

Heather Sparling, a professor at Cape Breton University who researches disaster songs in Atlantic Canada, said it's common to write songs in response to tragic circumstances, adding that such songs often emerge within hours.

Daniel Cadigan was getting ready for his day at his home in Logy Bay, N.L., the day after the mass shooting in Nova Scotia, humming the tune from an old Irish song.

The lyrics from Willie McBride include the line, "Are you a stranger without even a name?"

Cadigan, an officer with the Royal Newfoundland Constabulary, said that's when he decided to write a song about what had happened, especially as news emerged that an RCMP officer, Const. Heidi Stevenson, was among the victims. Twenty-two people died in the gunman's rampage.

"I can't let this lady be forgotten," said Cadigan.

He said he didn't know Stevenson, but several of his fellow officers had worked with her.

He said he couldn't imagine what her co-workers in Nova Scotia were going through, having to deal with her death and continue on with their work at the same time.

He composed new lyrics for the tune, calling it Heidi — New Shade of Blue, and sang it for his wife. She told him to post it online.

"Everyone turns towards music for comfort," he said. "I'm happy to provide people with some support."

Heather Sparling, a professor at Cape Breton University who researches disaster songs in Atlantic Canada, said it's common to write songs in response to tragic circumstances, adding that such songs often emerge within hours.

"Most people who write songs about tragic events are not actually themselves directly involved," said Sparling. "But they are so shocked and horrified by what they see in the news coverage, that they are just compelled to respond in some way.

"Music is often the way that some people find it possible to get those emotions and words out." 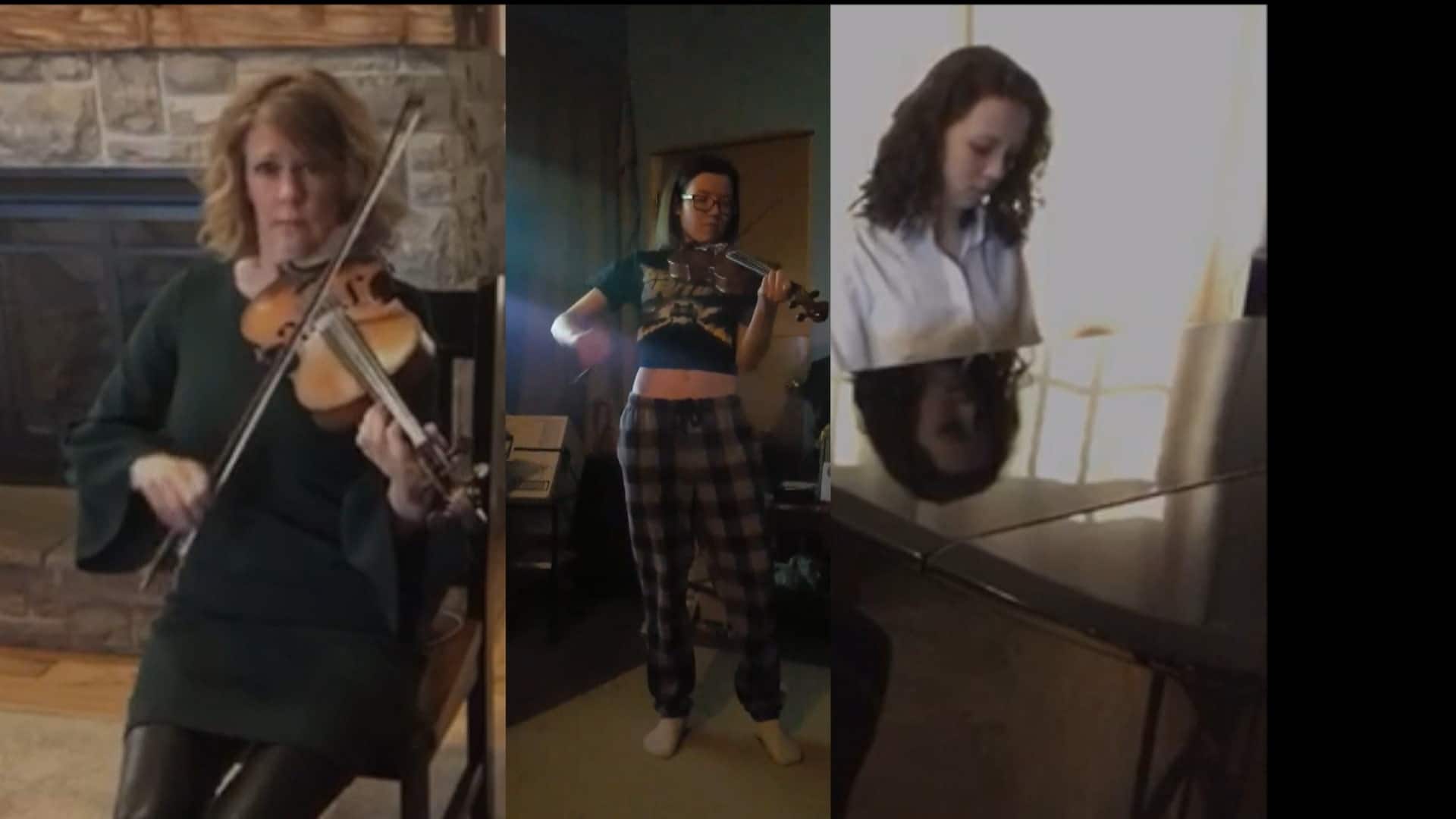 11 months ago
3:28
Musician plays along with victim Emily Tuck in a video tribute during CBC's Nova Scotia Remembers event. 3:28

A quick scan of a Facebook page called The Ultimate Nova Scotia Kitchen Party (COVID-19 edition) shows dozens of music videos about the shootings this past week, as people share songs, new and old, and offer their condolences.

Nathan Bishop MacDonald, originally from Cape Breton but now living in Ontario, posted a song about the tragedy the day after it happened.

"The horrible event had been weighing heavily on me and the song just came to me very quickly," said MacDonald.

"I figured a lot of people would be as heartbroken as I was or much more so. I hoped sharing the song would help put a voice to those feelings and to send a message of resilience in the face of tragedy."

Sparling said songs can help people make sense of tragic events. She said sudden death can be disorienting and it takes time to regain a sense of stability.

"And I think that the song itself puts a certain sense of control and structure around the emotions," said Sparling. "Emotions can feel very overwhelming. The song gives a finite time for those emotions to be expressed."

Breagh Kelly, 16, of Glace Bay posted a video performance of her song, Guide you Home.

Kelly said she actually wrote the song a few months ago, but hadn't performed it publicly.

"I wrote it as a comfort, when important people pass away and you feel everything is going wrong," she said. "It was almost like it was written for this."

She said she tries to put what she's feeling into song when she feels "so overwhelmed, there are no words to describe it."

Sparling said she expects more stories about the shootings will surface over the weeks and months ahead, particularly as major anniversaries of the event occur.

Sometimes the songs need time to "percolate," adding that some songs about the 1992 Westray mine disaster that killed 26 people in Nova Scotia didn't emerge until details around safety violations were known.

She said she's been amazed by the range of performances she's seen so far, from people just learning to sing or play, to professional musicians.

She said sharing music takes on more meaning during the COVID-19 pandemic because people can't gather to talk, share hugs or offer prayers.

"So I think more than ever, songs are especially important." 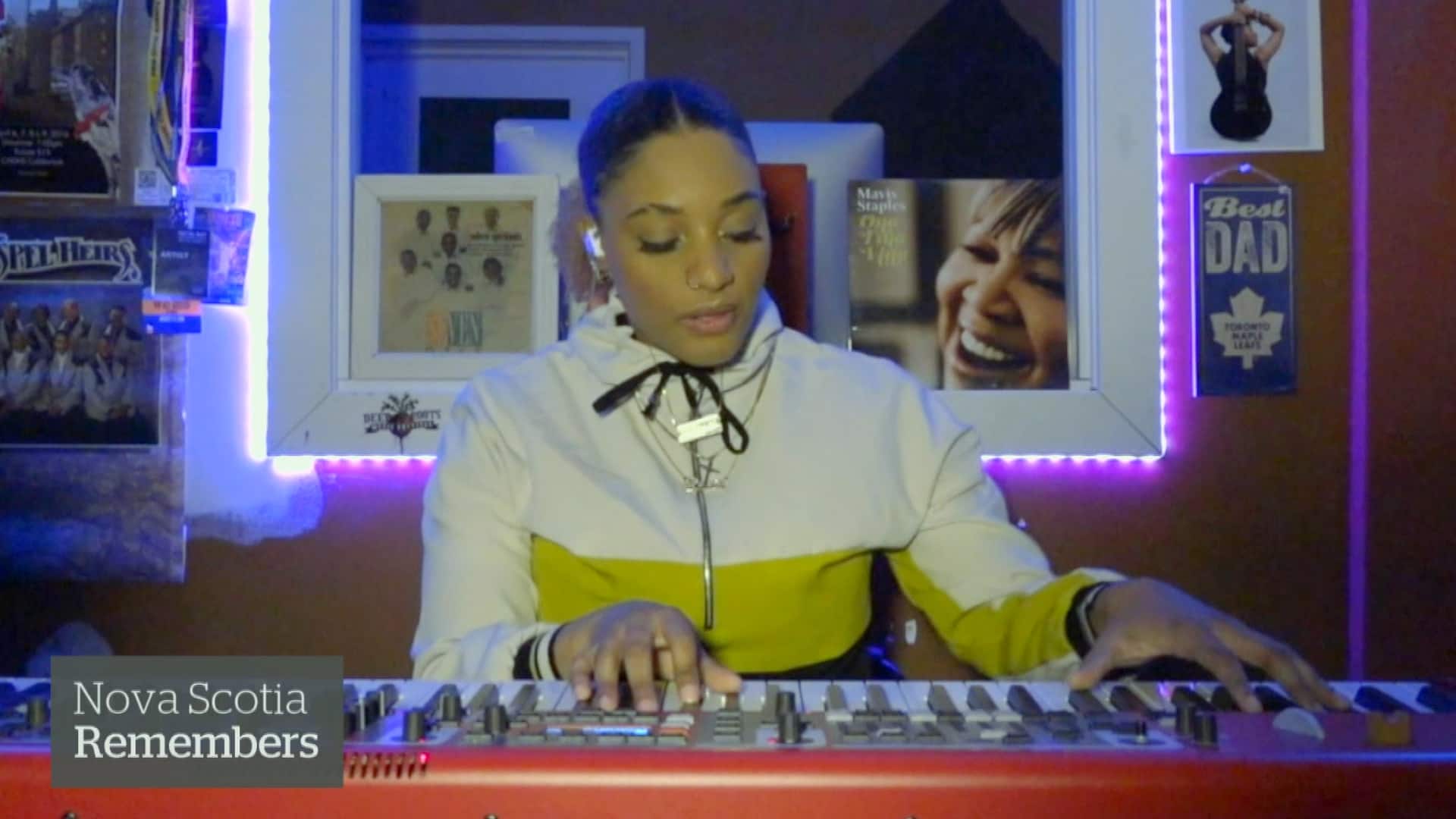