A whirlwind fundraising campaign has raised more than $60,000 to buy a wheelchair and retrofit a Nova Scotia family's car for their four-year-old daughter with spastic cerebral palsy. 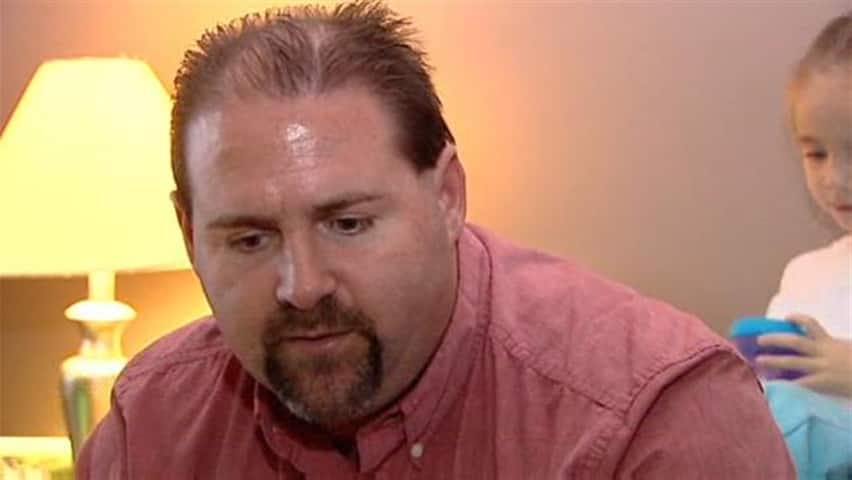 Little girl will get her wheelchair

8 years agoVideo
3:10
A whirlwind fundraising campaign has raised more than $60,000 to buy a wheelchair and retrofit a Nova Scotia family's car for their 4-year-old daughter with spastic cerebral palsy. 3:10

A whirlwind fundraising campaign has raised more than $60,000 to buy a wheelchair and retrofit a Nova Scotia family's car for their four-year-old daughter with spastic cerebral palsy.

Donations have poured in from around the world after a CBC story about Payton Given and her family went viral over the internet.

Some charities have also offered donations of wheelchairs.

Brad Given is raising his triplets and another daughter without his wife, Amy. She recently died as a result of a blood disorder. The family didn't have life insurance and money is tight.

Payton, one of the triplets, currently gets around the house by dragging her body across the floor, a sight that compelled her dad to make a plea for financial help.

Given told CBC News he is overwhelmed by people's generosity.

He said he reached his financial breaking point in September while paying for preschool and babysitting.

Given said he called Community Services and was told he wouldn't be able to get help, at least not right away.

"I did call once," said Given, "and the young lady said I wouldn't qualify. [She said] because of the size of Payton and the age of Payton, but I just kind of left it. It really didn't bother me because I was waiting to find out from the city and about the fitting and all that stuff about the direction I'd have to go for funding."

Given then started calling service clubs and collecting pop can tabs. The Kinsmen Club in Lower Sackville collects the aluminum tabs and sells them to purchase wheelchairs.

Tom Merriman, the head of Easter Seals, said people looking for help with funding for wheelchairs, "get readily confused about where to turn."

Late Friday afternoon, a spokesman for the community services minister called CBC to say they have no record of a request from Brad Given.

Given insists he did call and spoke with a woman at the department. He said he didn't file anything in writing. That's when he turned to service clubs and programs like the pop can "Tabs for Wheelchairs" program, offered by the Kinsmen Club.