Nova Scotia is aiming to have 75 per cent of its residents immunized for COVID-19 by the end of September and Dr. Robert Strang says that could mean using dentists and even veterinarians to administer shots.

Nova Scotia is aiming to have 75 per cent of its residents immunized for COVID-19 by the end of September, and according to the province's chief medical officer of health, that could mean using dentists and even veterinarians to administer shots.

What are the next phases of Nova Scotia's COVID-19 vaccination plan?

The first phase, it's really the first three months of 2021. We're going to get relatively small amounts of vaccine on a regular basis for the first 12 weeks of the year. Our focus is on those who are the highest in the priority for getting the vaccine, so that would be residents and staff at long-term care facilities, as well as health-care workers who are directly involved in the pandemic response.

As we get more vaccines, then we're going to move to other parts of the province and as we get into the spring, we'll be able to add in other health-care workers and a whole list of essential workers.

As we get into the summer, that's when we're going to start to be able to vaccinate all other Nova Scotians. 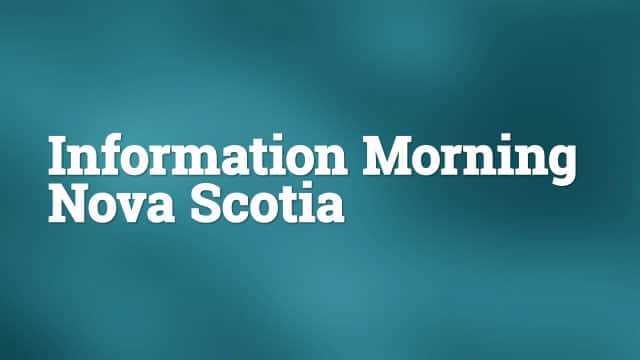 There are reports that some long-term care workers in Ontario are refusing to get vaccinated, saying that they "don't want to be guinea pigs." What's your response to that?

I understand people may have concerns, but we know that these vaccines have gone through the same regulatory process as any other vaccine product to show that they are effective and safe. It's just happening in a faster time, simply because there's been an incredible focus on this, both from the research side as well as approving and getting them through the regulatory processes.

Who might Nova Scotia call on to help administer the vaccine to help speed up the process?

Certainly as we get into the spring or the second phase where we're going to get much larger amounts of vaccine, we'll be moving away from a hospital-based vaccine program out into communities.

We're already looking at, in the coming weeks, the range of health-care providers that we're going to need. We're going to need lots of people, whether they're physicians, pharmacists, even maybe dentists, even the veterinarians, all who've been trained how to give a needle, give the vaccine.

There's lots of other support roles to actually run a clinic that can immunize hundreds of people in a day and so we're going to need lots of other volunteers in communities to help, whether it's managing crowds, comfort areas, whatever.

I spoke with Globe and Mail health reporter André Picard, who suggested that provinces, including Nova Scotia, are being too slow in getting the shots to people. You disagree quite strongly with that position. Why?

Our first amount of vaccine was about 2,000 doses. We got it on Dec. 14. We started immunizing people on Dec. 15. When we got the second amount, we held it for those people who were immunized because right now we have a limited supply and we actually haven't had a guarantee of ongoing supply until about February. We held back the second dose for those people and they were eligible to start receiving their second dose as of today and we're starting today.

We got the Moderna vaccine on Dec. 30 and within the next coming days, we're going to start immunizing that in our three long-term care facilities. We have gotten the vaccine out and started to immunize people in a very timely manner. So in Nova Scotia, I reject the premise that we have been slow in getting the vaccine out.

Some people might be wondering why Nova Scotia isn't delaying the second doses that are starting today and giving those to people as a first dose to get more people immunized as quickly as possible. Why are we not doing that?

Our objective is to make sure people are immunized with the two doses so we can be assured that they have the immunity that the clinical trials and the evidence of the vaccine tells us they will get.

This is a months-long program. I understand people's desire and the need to get this into people's arms as quickly as possible. But we also have to make sure that we do it in a safe and effective manner, that we're actually going to have the immunity for people building up over time. And that requires getting two doses in the people in a timely manner.