'A quest for wisdom': How two-eyed seeing mixes Indigenous knowledge and Western science in N.S.

The concept of two-eyed seeing is being used across Canada to reshape science, but its roots in Mi'kmaki. A new documentary explores those roots, its philosophy, and its current practice in Nova Scotia.

Two-eyed seeing is being used across Canada to reshape science, but its roots are in Mi'kmaki

On a hot day in the height of summer, Tracy Marshall and I stood on the banks of the Halfway River, watching as the trickle of muddy water slowly widened with the incoming tide from the Bay of Fundy.

Tracy and I had started talking about collaborating on a documentary several months earlier about two-eyed seeing, or etuaptmumk, which attempts to bring together the lens of Indigenous knowledge and that of Western science, to see the world from both perspectives.

But with the delays caused by the pandemic, it was only in the middle of July that we were able to talk in person for the first time, as we watched local fisherman Darren Porter winching his boat into the river, in preparation for work on a project guided by the principles of two-eyed seeing.

It was fitting that Tracy, a science student from Potlotek First Nation who also works with the Bras d'Or Lakes Collaborative Environmental Planning Initiative, and I, a settler journalist with a focus on the environment, had met on this riverbank to work on a project on two-eyed seeing, which began as a mission to teach science differently but has become an approach that's reshaping science itself.

"Some people call it a true science," said Porter, as we stepped into his boat. "To me, it's a quest for wisdom, ecosystem wisdom."

On the Halfway River, Lachlan Riehl, who oversees monitoring projects in the Avon River watershed for the Confederacy of Mainland Mi'kmaq, watched as members of the team dropped traps and set out nets, to check for the presence of American eel, tomcod and gaspereau.

A tidal barrier once blocked the flow of water upriver at this site, but in 2017, that barrier failed, allowing seawater to move through the ecosystem.

In 2019, the barrier was restored, despite advice from scientists to leave the river open. A coalition of researchers from Acadia University, local fishermen like Porter, and staff from the Confederacy of Mainland Mi'kmaq are now monitoring the system, to see what effect that barrier is having on fish species.

"We've come together to really put the two-eyed seeing approach on this," said Riehl. "So, basically, a recommendation will come forward, from the science we've done, to the chiefs on what to do with that."

As the team started hauling in traps, they passed wands over the bodies of wriggling eels and silvery tomcod. When the scanners beeped, they recorded the tag numbers, a process that allowed them to track how many times fish have passed through the barrier, which in turn provides a sense of how much the barrier is impacting the health of the species.

The roots of two-eyed seeing

The use of a two-eyed seeing approach on rivers feeding into the Bay of Fundy has shaped how the research has been carried out, and the priorities shaping the work.

Yet the roots of this approach can be traced to Unama'ki Cape Breton, which is where Tracy and I found ourselves in August, at the home in Eskasoni of Elder Albert Marshall.

"As wonderful as science is, science cannot see nature from an Aboriginal lens," Albert told us, as we sat around his kitchen table.

"And the big difference there is that science sees nature as an object; the Aboriginal lens sees nature as a subject. Because it's through the language, it teaches you that everything is alive, physically and spiritually."

Roughly 30 years ago, around that same kitchen table, Marshall — along with his late wife Murdena Marshall and Cape Breton University biology professor Cheryl Bartlett — first started talking about bringing those lenses together.

"But at the same time, if I embraced this Eurocentric system, I knew how it was designed against me, to eradicate the essence of who I am. And as the pondering continued, [I thought] there has to be some effort put in place, to integrate or put these two knowledges together." 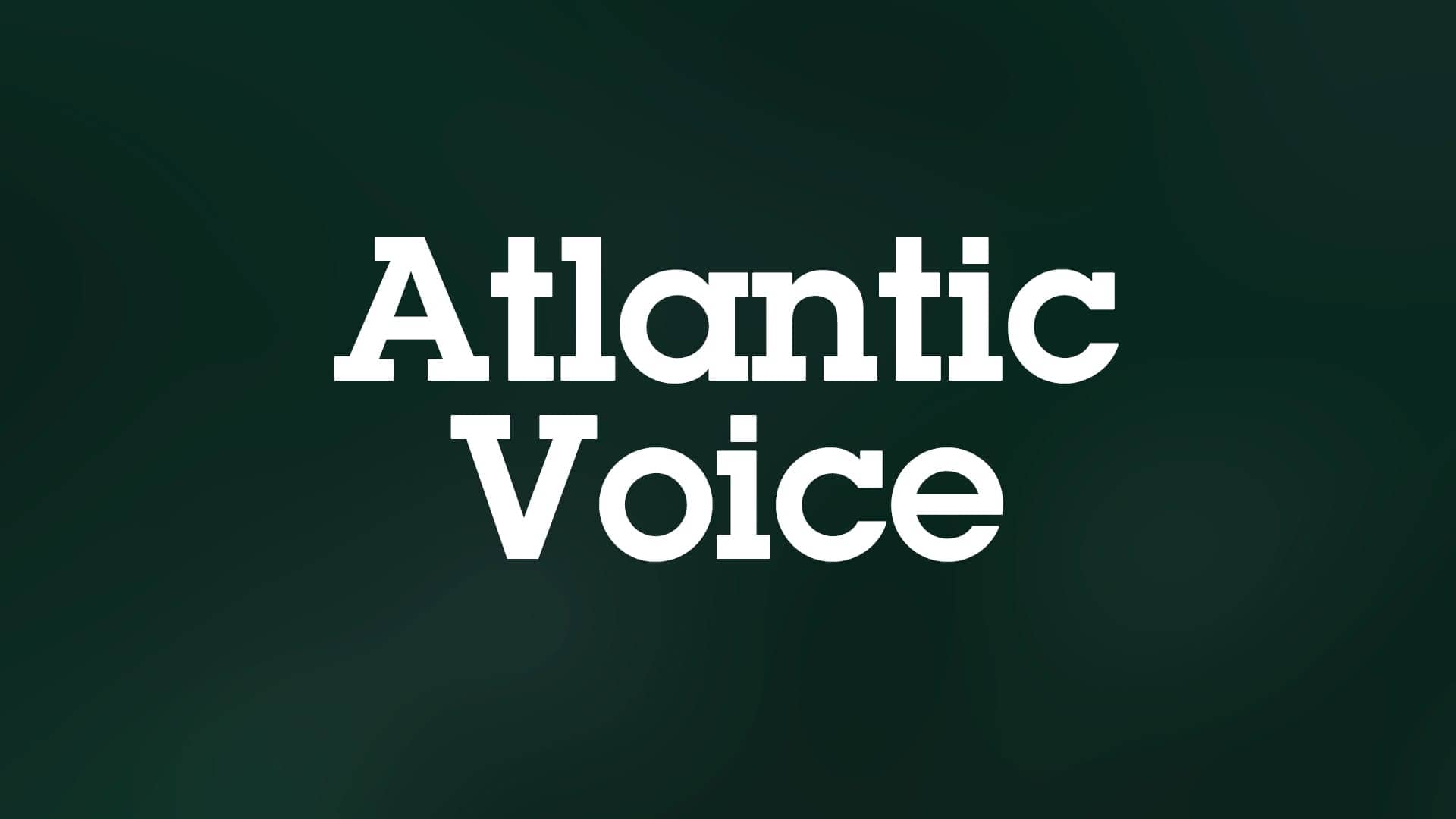 26:10Two-Eyed Seeing: A Quest for Wisdom
Etuaptmumk: that's Mi'kmaw for Two Eyed Seeing. It's a concept that began with a mission to teach science differently, but has become a way of reshaping the practice of science itself. Producers Tracy Marshall and Moira Donovan trace its roots and continued evolution in Mi'kmaki. 26:10

Out of those conversations, Albert coined a phrase for describing the act of bringing those two perspectives into alignment: two-eyed seeing.

"So, it became obvious I need the Western knowledge. But there has to be some kind of a transformative change done to it first."

Part of that transformative change happened at CBU, where Bartlett, Murdena Marshall and others ran an integrative science degree program from 2001 to 2010, combining land-based education with time in the classroom. Since then, this lens has spread across the country, appearing in the policies of the Canadian Institute for Health Research and the Natural Sciences and Engineering Research Council, as well as in institutions such as the University of British Columbia.

Bartlett, who is now retired, said it's been a delight to see two-eyed seeing adopted so broadly, because in her own experience as a scientist, it's shown her that there are different ways of looking at the world.  "[Mainstream science] has its strengths, and they are profound strengths, but it also has some profound weaknesses, and one of those major weaknesses is the exclusion of subjectivity," she said.

"From my experience working with elders and educators and students from the Mi'kmaw communities, I can see how in partnership, Mi'kmaw science can help counterbalance those tendencies in western science, but not just that. There are so many strengths within Mi'kmaw science and Indigenous science that our world desperately needs to hear about, and revitalize, for the benefit of everyone."

In the forests around the saltwater Bras d'Or Lake, a two-eyed seeing approach is being used to guide biodiversity work. Tristan Simon, the program manager for the Maliamu'kik Msit Ko'kmanaq project (which translates to 'taking care of all our relations') at the Unama'ki Institute of Natural Resources, said the project aims to protect species at risk by conserving the habitat in which they live.

"The only issue with a two-eyed seeing [approach] is sometimes it can just be something you write down and something you pretend you do," said Simon. "We really want to try to avoid that, so we wanted to weigh both types of knowledge, both types of learning and hold them equally into our project."

To hold them equally, Simon said they've made sure any traditional knowledge holders who've contributed to the project are compensated the same as other consultants, in recognition of their knowledge having the same value. The insights of knowledge holders have also been used to shape where researchers conduct their fieldwork, in looking for at-risk species like pine marten and lynx.

"With our lynx work, we have like a specific transect that we have to follow, and that's the really Western science part of it," said Shayla Nickerson, the wildlife biologist for the project.

But Nickerson said when she goes out with knowledge holder Joef Bernard, they often go off trail to go tracking. "What makes that data that's outside of what we've set less important than the data I think is important to collect?" she asks.

"It's like, my first day, I was like, 'oh, we're wasting so much time going off and finding these things'. But now it just doesn't make any sense why I was thinking that way. It's just as important."

'It awakened something in me'

For Tracy, two-eyed seeing has been important as well. Sitting across from one another at a picnic table in a park in Unama'ki, Tracy told me how, growing up, she went to school off-reserve, where she wasn't exposed to traditional knowledge and often struggled academically. But when she started a program at the Nova Scotia Community College that combined traditional knowledge and academic science, something shifted.

"It really clicked with me, I was one of the best students there," said Tracy. "My encounter with [two-eyed seeing] was like seeing my importance. It awakened something in me that I didn't even know was sleeping."

And as two-eyed seeing helps guide a shift toward bringing more traditional knowledge into the classroom in her own community and beyond, Tracy hopes more people will come to see the wisdom in this approach.

"In the last five or so years, I've seen significant shifts in other people's lives. And I've seen it in my peers, as they grasp more onto their traditional ways of knowing, and they're learning and they're being valued for their knowledge. They're kind of getting out of that slump, where they think that they're not good enough," she said.

"It just makes me so happy to see that, because we're bringing both that traditional knowledge and that Western knowledge together, and it's just … amazing to see success rate go up higher. Putting those two together, we could probably save the world, honestly."