A fundraising dinner for Nova Scotia Liberals on Monday night brought together a prospective mayor, premier and prime minister at a downtown Halifax hotel. 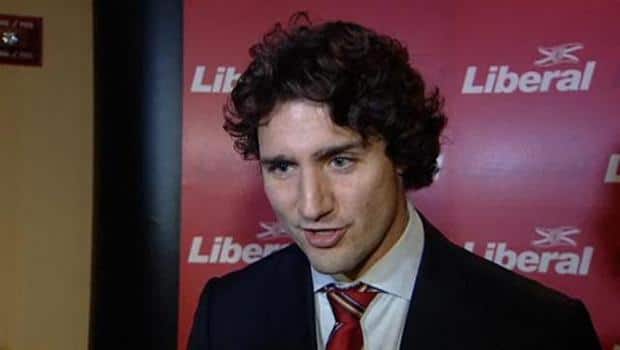 A fundraising dinner for Nova Scotia Liberals on Monday night brought together a prospective mayor, premier and prime minister at a downtown Halifax hotel.

Trudeau, the eldest son of former prime minister and Liberal icon Pierre Trudeau, brought his star appeal to the event and posed for photos with dozens of party faithful.

He said he was in the city to promote McNeil and not his own campaign.

"I'm here to support Stephen McNeil and the Nova Scotia Liberals, they've had some great response."

Trudeau wasn't the only guest at the Liberal fundraiser — Sen. Romeo Dallaire, a retired Canadian Forces lieutenant-general, gave a speech about the need for Canada to engage more often in humanitarian missions.

The party faithful also heard what sounded like a pre-election promise from McNeil, who said he'd save ratepayers money by cancelling the funding for energy conservation programs.

"$46 million. Ladies and gentlemen, a Liberal government will get rid of the efficiency tax off every power bill in the province of Nova Scotia," he told the crowd of about 400 people.

McNeil said the Nova Scotia Liberals would "make history" by ensuring Darrell Dexter's NDP government was the first in the province to be defeated after just one term.

He said providing more than $600 million in financial assistance to six companies — including Irving Shipbuilding, Stern Partners Inc. and Daewoo Shipbuilding and Marine Engineering — will bring the government down if jobs don't materialize.

"No other time in our history, no other time when you go back and you can research it, have we given out money without job guarantees related to making sure the employment levels were there," McNeil said.

"Every one of the deals the government has committed, there has not been a single job guarantee."