Tributes are pouring in for the Raylene Rankin, a member of the internationally acclaimed Celtic-country band The Rankin Family. 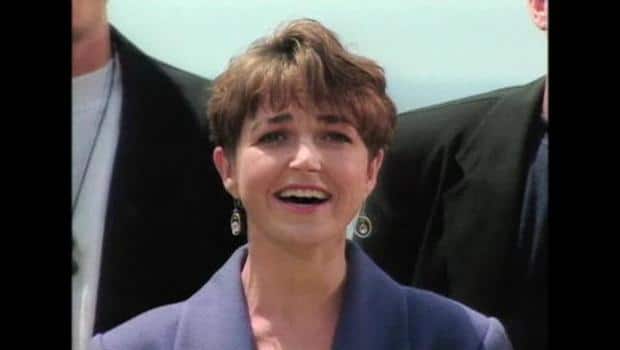 8 years agoVideo
2:21
Tributes are pouring in for the woman who was a force in Canadian music. 2:21

Tributes are pouring in for Raylene Rankin, a member of the internationally acclaimed Celtic-country band The Rankin Family.

Rankin died Sunday at the age of 52 after an 11-year battle with breast cancer.

Cape Breton-Canso MP Rodger Cuzner paid tribute to the singer in the House of Commons on Monday.

Cuzner lauded the Rankins for taking "Cape Breton music mainstream" about 20 years ago.

"But that's not her only legacy. Raylene was who we are as Cape Bretoners. She showed that resilience with the personal strength in her fight against this incredibly cruel disease," he said.

"She made us all stand taller as Cape Bretoners. I'm proud to call Raylene a friend and I know there's a beautiful voice in heaven's choir today."

"She's up there with the angels," he said.

"I think she's left so much more than the music, that of course is immeasurable wouldn't you say? But as a mother and wife and a sibling she leaves a legacy of love that really can't be defined with words," she said.

Funeral services will be held in Halifax on Thursday and in Mabou, Cape Breton on Friday.

Rankin had three bouts of cancer. She was first diagnosed with breast cancer in 2001. It returned in 2009, and in 2011 she was told the cancer had spread to her liver. She immediately began aggressive chemotherapy.

In 1999, members of the group went their separate ways to pursue different interests.