Trevor Zinck held on to MLA seat until bitter end 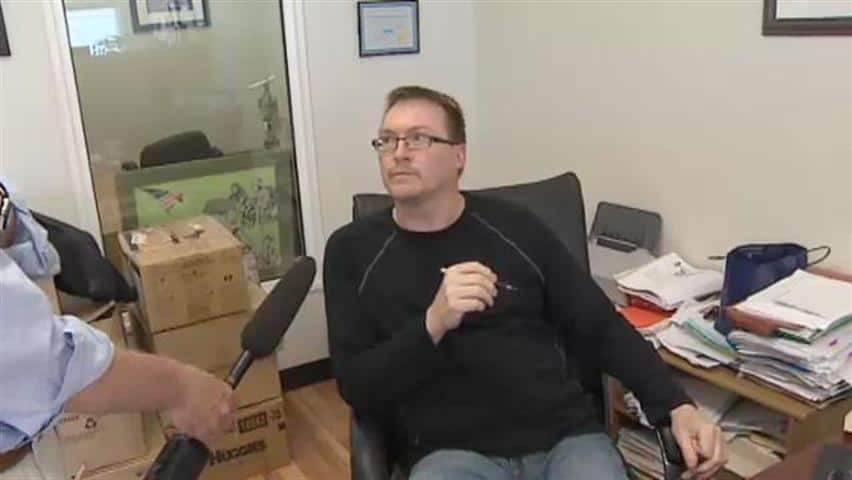 Zinck held on to his MLA seat until the bitter end, announcing his resignation Wednesday afternoon.

"It's their choice if they expel me," the Dartmouth North politician said.

House Speaker Gordie Gosse had said the Nova Scotia legislature would reconvene Thursday to deal with the potential ouster of Zinck.

Zinck had said he would be there, too, battling to keep his Halifax-area seat.

Zinck pleaded guilty Monday to breach of trust and fraud, while a charge of theft over five thousand dollars was stayed. In an agreed statement of facts, Zinck admitted that the Speaker's office reimbursed him for $10,060 in expense claims he filed in 2008 and 2009, even though he never paid those listed in his claims.

Zinck said outside court that while he acknowledges he made mistakes with his expenses, he wants to remain the member of the legislature for Dartmouth North.

"There are bigger crooks in politics."

There has been mounting pressure from all political parties for Zinck to resign, but he has repeatedly rejected that idea.

Zinck said he was "gathering support" and discussing the matter with his lawyer.

"They've taken it in their own hands to decide the fate of representation in my community and I don't believe that it's right," he said.

The rare decision to reconvene the house was made following an NDP caucus meeting Wednesday in Halifax.

The last time the house was recalled to expel a sitting member was in 1986, when the legislature was called back for one day to introduce a special statute to force out Billy Joe MacLean.

MacLean, a cabinet minister in then-premier John Buchanan's Conservative government, pleaded guilty to filing false expense claims and lost his seat after legislation was introduced that immediately expelled a member convicted in a criminal case.

MacLean fought the decision and the Supreme Court overturned the automatic expulsion, though the removal stood.

Premier Darrell Dexter said he won't ask for the house to be reconvened until after the Dartmouth politician's sentencing hearing begins on Aug. 7. Zinck faces five years or more in prison.

If Zinck did resign he’s entitled to his $51,000 severance package and three months of contingency expenses to wind down his office. That includes rent, secretary pay and office fees.

He would also receive his pension plan contributions.

Dexter said Zinck will be free to run again in the next election and it'll be up to voters in Dartmouth North to determine his political fate.

Zinck is one of four politicians charged in February 2011 following an investigation by the province's auditor general into constituency allowance spending. He is the only one who still sits in the legislature.

He was kicked out of the NDP caucus after allegations of financial irregularities in his expenses.

When asked if he would run again, Zinck said, "In this world, anything is possible and, like I said, I'm a fighter."