'We did fall down there': Tim Hortons apologizing after app wiped out balances for some users

As Tim Hortons prepares to go digital with Roll Up the Rim To Win next week, the app that will become the central feature of the campaign is facing criticism from customers who say money they loaded into their accounts has seemingly disappeared.

Up to 20,000 of 2 million app users affected by new app and subsequent updates

As Tim Hortons prepares to go digital with Roll Up the Rim To Win next week, the app that will become the central feature of the campaign is facing criticism from customers who say money they loaded into their accounts has seemingly disappeared.

Some are also accusing the company of not initially responding to their inquiries and requests to be reimbursed after they encountered problems with the Tim Hortons app, which allows users to order and pay for their purchases with preloaded funds.

Tim Hortons says that between Dec. 20 and Feb. 21, up to 20,000 of its two million app users were affected by the introduction of the new app and subsequent updates.

"Right now, I'm left not knowing where my money is and what they're going to do about it," Fredericton resident Jerry Clarke told CBC News in an interview Feb. 10. 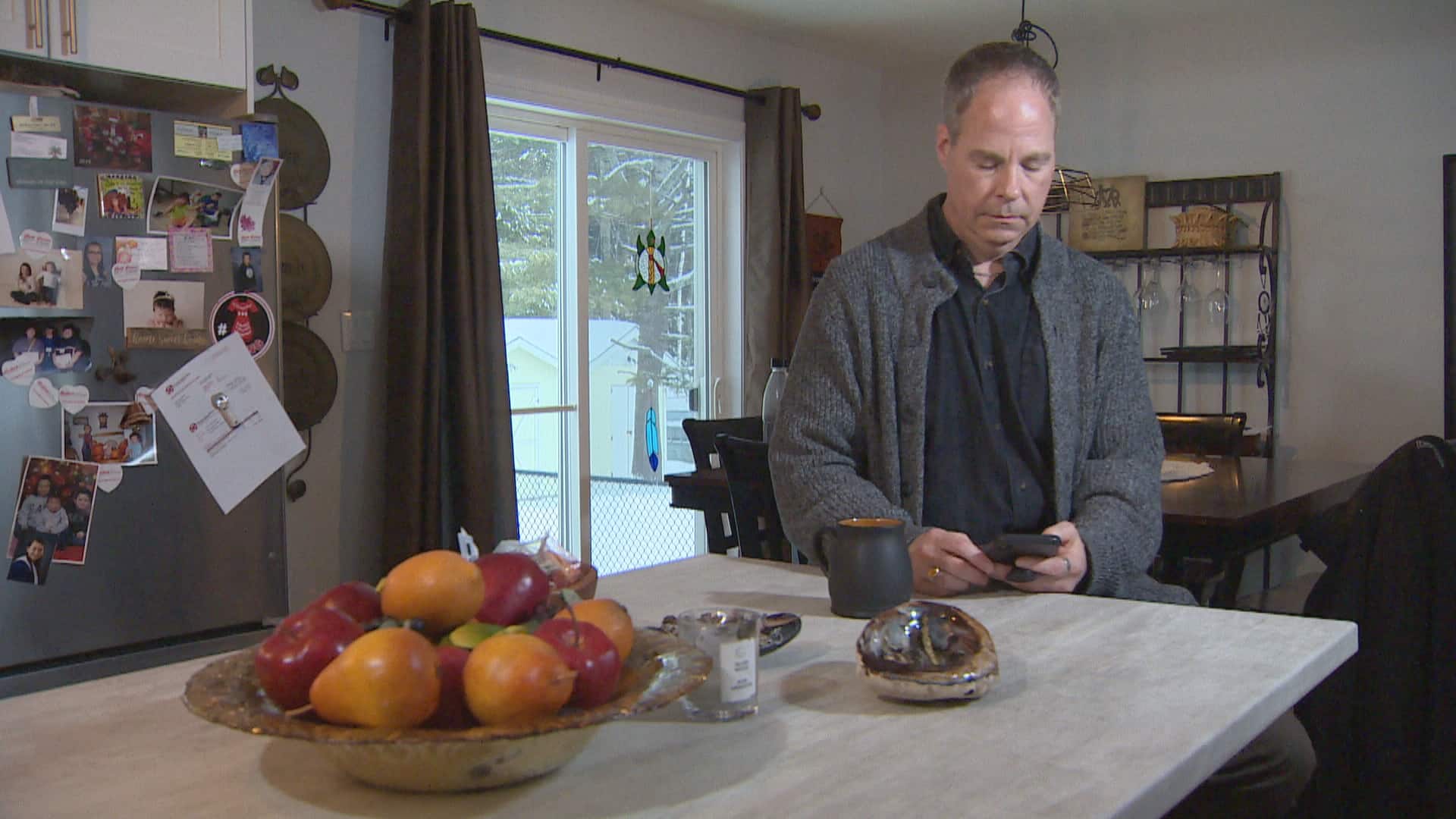 'I stopped using it': Clarke says he didn't want to load more money on the Tim's app

A Tim Hortons spokesperson said the company is "deeply" apologizing for the lack of customer service in responding to those who contacted it with complaints.

"Our job is customer service, and we did fall down there and for that, we do apologize to our guests who did call back. It was not a level of service that our guests deserve," Meaghan Giffin said Feb. 26.

Clarke's problems started early this year when Tim Hortons updated its app. It required him to log in to his email and wait for a code so he could access his account. He said he got the code and logged in, but the app wasn't working and wouldn't allow him to order. Instead, he said he got an "error" message and subsequently discovered approximately $21 that he'd loaded onto the app had disappeared.

He made several attempts to contact the company through the app, reviews and Tim Hortons's website. He says approximately three weeks later he got a response from the company providing a list of purchases. The email said his balance was zero.

Clarke is also able to see a list of what he's bought on his app, which he says has always been correct. However, the list provided by Tim Hortons doesn't match those purchases.

"I don't tend to make a big deal about things like this, but from what I've been able to ascertain by reading customer reviews, there are reams and reams of reviews from people that are experiencing the exact same issue that I am," Clarke said.

Sarah-Beth Hogg is one of those people. She lives in Mission, B.C. In early November, she got a message that the app had been updated. She first loaded $5 to test it and when that worked, she loaded $25 from her credit card. Tim Hortons even provided a receipt.

When she eventually did manage to gain access, it showed her balance as zero. Her rewards for Tim Hortons products had also been wiped out.

Her story, like Clarke's, is one of frustration as she tried to reach the company for help. Despite multiple attempts on various platforms, she heard nothing.

She finally managed to reach someone by phone and said she was told, even though she had been given reference numbers during her previous calls, that there was no record of her conversations or online complaints.

She called her credit card company, hoping to get reimbursed. She was told such complaints must be filed within 30 days. However, she said after she explained her efforts to get her money back from Tim Hortons, Capital One gave her a goodwill credit for the $25.

"Every day, I go into Tim Hortons and grab a large double-double, and I go into work," he said.

Skulish first noticed the app wasn't working in late December when he tried to use it to pay for his coffee.

He said when he called Tim Hortons, he was told there was a problem, and it was working on it. Two weeks later, it worked.

"I was surprised about that. I was happy about that, but when I went to [check] my balance, it was zero, and I couldn't figure that out," Skulish said.

Prior to the update, he had loaded three gift cards totalling $50 that he got for Christmas onto the app. He says he made repeated attempts to contact Tim Hortons.

"To this day, I still haven't heard anything back from Tim Hortons or the app people, and that would probably be a month now," he said in mid-February.

"I'm very frustrated about it. It doesn't seem right," he said, while acknowledging he will continue to frequent the coffee shop and use cash to pay for his purchases.

Tim Hortons's manager of digital and loyalty, Matt Moore, said since November there have been some big changes, what he calls a "series of transitional steps." He said beginning in December there was a slow, phased rollout of the new app that enabled Tim Hortons to identify some remaining bugs and "correct the most urgent items before continuing the process."

He said the new app did require customers to log back into it and that created "challenges" for a small number of customers. He said it seems to be a particular problem with a specific email provider. He said the company also recognized that moving from the old app to the new one didn't allow people to see their balances.

"We moved the balance across from one database to the other. The money was never gone. It  was always there. It was still sitting in the old database," he said.

He said that was fixed in mid-February so "everyone who couldn't see their balance should now be able to see it."

Unlike Skulish, Clarke said Tim Hortons has lost his business. The company has offered him, as well as Skulish and Hogg gift cards, but Clarke has declined.

"I would really like to have an explanation as to what happened and why," Clarke said.