A weekend fire heavily damaged a restuarant and a Salvation Army Thrift Store. It will be closed for six weeks.

Salvation Army store to be closed for six weeks 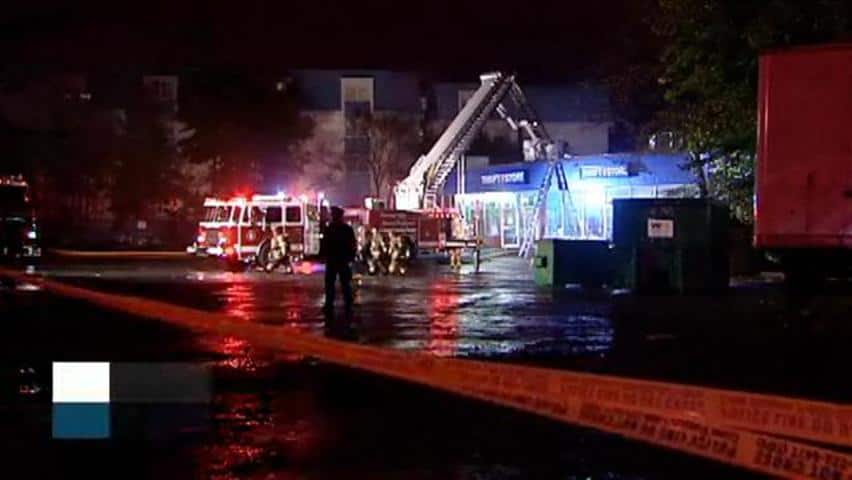 8 years agoVideo
2:12
Staff at a Salvation Army Thrift Store fire are still reeling from the blaze. 2:12

Five days after a fire ripped through their building, the staff at a Salvation Army Thrift Store in Halifax are still sifting through the damage.

Hundreds of thousands of dollars in damages were caused by a fire that erupted at a restaurant next door. Most of the contents inside the store were destroyed.

Even though the sign outside the Thrift Store says closed, customers are still trying to get in.

One by one they are learning about the fire that caused heavy smoke damage at the Green Street location.

"I thought maybe the police tape was part of the Halloween spirit," said Leah O'Brien. "But it turns out there was a fire and there will be no Halloween costumes."

News of the fire is hitting hard for Jo-Ann Vanasse.

"Any money that I spend here, I am grateful you know," said Vanasse. "I never return anything because it's going to something good and it's too bad."

Inside the store District Manager Barbara Warren is still shaking. It took a couple of days before she realized what she was really dealing with.

"It wasn't until we opened the doors and sort of stood here and processed it," said Warren. "It takes a few minutes to process just what's destroyed."

While the clothes and items in the store look alright, staff say smoke and water damage has completely destroyed all 20,000 pieces of clothing. All of the other ornaments, books and electronics in the store are also damaged.

Warren says she's hopeful some of the items can be salvaged.

"It's quite costly to have them cleaned," said Warren. "So it's going to depend on how much something like that would actually cost."

Donations are not covered by insurance and the Salvation Army estimates it's all worth about $150,000. That's on top of the $100,000 in structural damage that is covered.

"A lot of the damage to the ceiling and stuff is because this is where the firefighters were trying to get in," said Warren.

The Caribbean restaurant where the fire started is also closed.

The Thrift Store is expected to reopen in six weeks. In the meantime, the Salvation Army is asking anyone with donations to go to one of their other five outlets in the Halifax area: