This Kenyan couple wants to stay in Canada, permanently

Benjamin Muriithi and Maureen Wairimu Waithaka moved from Kenya to Rwanda to Namibia and finally to Nova Scotia, where they’d like to stay. This is their immigration story, in their words and images.

Benjamin Muriithi and Maureen Wairimu Waithaka moved from Kenya to Rwanda to Namibia and finally to Nova Scotia, where they'd like to stay. At first they thought the immigration process would mean transferring their lives. They've since learned it's more than that: it's starting from scratch.

Here's their story and videos created for CBC, which includes spoken word from Maureen. In the videos, Benjamin and Maureen are speaking the creolized version of Swahili called Sheng'. Benjamin says "Sheng' freely mixes Swahili, English and our native languages."

We were in Kigali when this question passed between my partner, Benja, and I. We had only been in Rwanda for a few months, having left our home country of Kenya with big dreams.

Our reasons for leaving were myriad. Kenya is a complicated place. It is a beautiful country with a lot of potential, but we are still burdened by heavy baggage from colonial and postcolonial times. Life there for many is a tough and constant fight for survival, for change. For women, it gets a lot more dangerous, especially in the cities. You live a life of unending vigilance and trouble never feels far away.

By 2016, I was fed up with the situation. I was a doctor with almost a decade of work under my belt. Benja was an experienced filmmaker and film instructor. We felt wasted at home and we decided to seek better for ourselves, somewhere we felt we could fully exploit our capabilities. 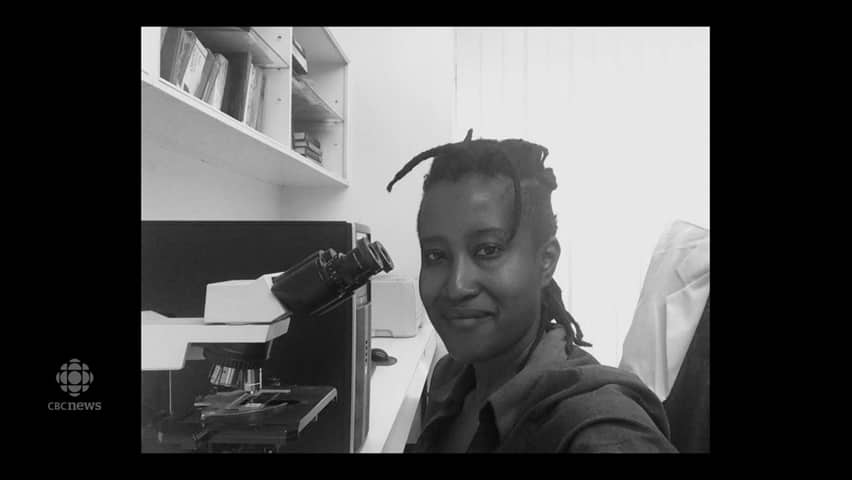 2 years agoVideo
4:34
Benjamin Muriithi and Maureen Wairimu Waithaka moved from Kenya, to Rwanda, to Namibia to Nova Scotia, where they'd like to stay. This is their immigration story. 4:34

Our first destination was Rwanda. Frequent visits had revealed to us a beautiful, safe and law-abiding country with kind and genuine people, and respected and functioning systems. We chose Rwanda, too, because we had wanted to stay close to home, where the life and culture were familiar.

We were also wary of a move to the First World. Having already interacted in Kenya with foreigners from places like that, we felt that in their world we would immediately be seen as inferior and our opportunities would thus be limited.

However, after some time in Rwanda, our plan became too expensive to sustain. We left to follow an opportunity in Namibia, but soon it was clear that we would not be able to settle there in the long term either.

By this time, Canada had come up a lot more in our conversations. We had been doing a lot of research. We started with the Government of Canada website. We perused online forums and job sites, too, and were very encouraged by the many advertisements for pathologist jobs that we came across. Some positions remained vacant for months! It definitely looked promising for work.

At a time when the news was dominated by negative rhetoric on immigration, Canada seemed welcoming and safe, the kind of place where we could build the life that we wanted to.

We settled on Halifax. Many we told were surprised by this choice, they expected that we would head for the bright lights of a big city like Toronto instead. Even the official at the visa office, when we went to collect our passports after our permits were ready, was taken aback. "You're going to Halifax? That's ushago!" he had told us, laughing. Ushago means "rural" in Kenyan slang and it turns out he was not far off. But after the madness of Nairobi, we hoped Nova Scotia would be the soft landing we were in dire need of. 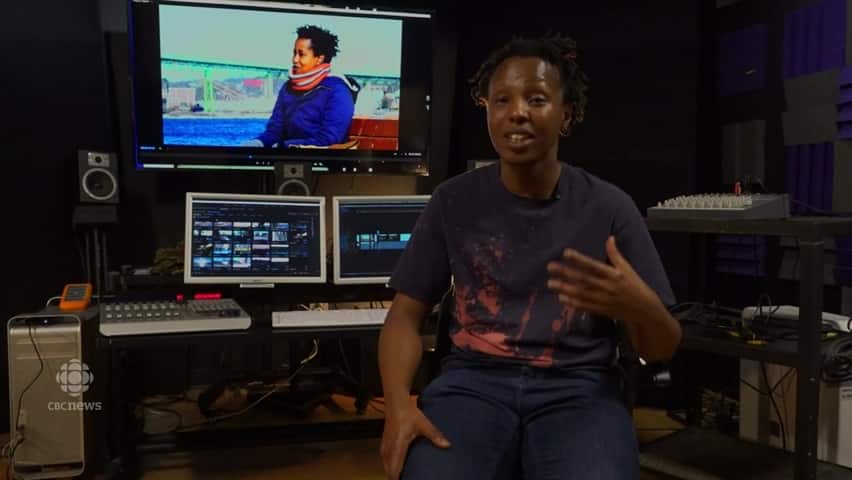 2 years agoVideo
4:42
Benjamin Muriithi is currently a MFA student at NSCAD University in Halifax, Nova Scotia. He moved from Kenya, to Rwanda, to Namibia to Nova Scotia. This is his immigration story. 4:42

It took us a whole year of preparation before we could submit our applications to the immigration council. We had to come up with at least $14,000 Cdn and provide proof for it with our application. This may not seem like a big sum but where we come from, this is quite a feat!

We had countless other requirements to fulfil, days-long medical and language tests, as well as mountains of paperwork to submit. We were also slowly winding up our affairs in Kenya. Eventually, in September 2017, after much anxious waiting, we got the big yes to come to Canada.

Arriving in Canada was an amazing and frightening experience. Benja started his master's and I intensified my job search. I was hopeful that once in Canada, obtaining a licence to practise, a process I had begun while still in Kenya, would be quick and straightforward. However, after a few months, we slowly came to the realization that even considering my credentials and experience, it would not be possible for me to work in Canada as a doctor.

It was devastating. I have been a doctor for over 10 years. It is work that I love, work that I am good at, and work that would be extremely beneficial to our settling down in Canada. But as we came to learn, the systems in place shut me, and many from places like where I am from, out.

We had to get over that early blow quickly though. I began looking at alternative lines of work as our initial savings were rapidly disappearing. This is when we started to realize the actual genius of the Canadian immigration process. That $14,000  we had to raise at first? It had seemed like an exclusive and elitist requirement, but once we arrived here, it was clear that without it, we would have been in big trouble!

The cost of living here is much higher than in Kenya. There are also many new expenses, such as heating and warm clothes and boots for winter. In addition, finding work as a newcomer to Canada, for a number of reasons, takes some time, so it is important to bring with you a significant financial safety net.

The Canadian immigration process can be difficult and torturous for potential immigrants, but every requirement seems to have been meticulously thought out, not only for the well-being of Canadians, but also to ensure that the potential immigrant has the best chances for success.

We cannot talk about adjusting to life in Canada without mentioning the weather. Coming from equatorial Africa, the cold was like nothing we've experienced before!

Much like the weather, food in Canada was a whole new ball game for us. Gone were the palmy days of vast and colourful open-air markets of fresh fruits bursting with sweetness, and cheap, delicious vegetables from our neighbours' gardens. The stores had so many different and unfamiliar foods on the shelves. Finding the Indian food section at our local Walmart was like finding the holy grail! Soon, we were able to replicate our East African flavours with the help of our old friends from across the Indian Ocean.

This is something that amazes us about Halifax. The multiplicity of cultures interacting in harmony in this little East Coast Canadian city. We have met friends from all corners of the world. From Ghana to Libya to Rwanda, from Taiwan to Chile, Halifax is bursting with variety. So much so that we feel that this is the real definition of Canadian food and culture, a rich ensemble from all over the world, brought by people who have come here and made Canada home.

Being here, in a gentler society, we have also been able to unyoke ourselves of that constant vigilance that life in Nairobi demanded. It has been the unburdening of a load that we have carried for so long, we forgot we had. It has allowed us to give a lot of thought to the situation there, bringing new perspectives, ideas for solutions and a new understanding of the process of leaving.

It has also been very conducive for art. Art is therapy and while here, we have made films, documentaries, music and vlogs. We continue to exploit the many opportunities there are to create.

Living in Canada has also meant learning the secrets of our new home. From our previous experiences of living in different places, we have learned that every country has a dark side, its own unique troubles that they are dealing with and Canada is no different. The situation of the Indigenous people, especially when we feel such a connection with them because of our shared history as colonized peoples, is disturbing. 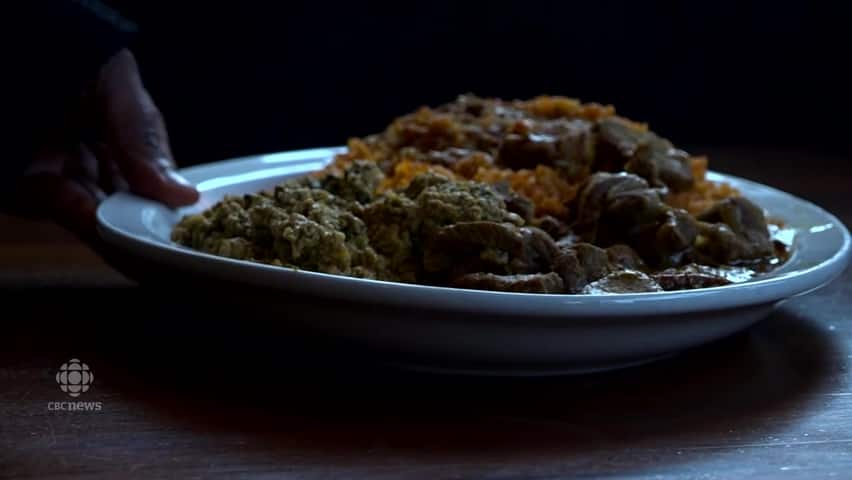 2 years agoVideo
3:59
Benjamin Muriithi and Maureen Wairimu Waithaka moved from Kenya, to Rwanda, to Namibia to Nova Scotia, where they'd like to stay. This is their immigration story. 3:59

Pollution and environmental degradation has been another troubling discovery. Nevertheless, we interact a lot with the young people of Canada and they give us hope. They seem open, intelligent and progressive, just like the young people back home. It has inspired a lot of faith that they will be able to deal with the problems of the world that they are inheriting.

We have been in Canada for a year and a half now. It is almost three years since we began the immigration process and we are still far from the end. It's crunch time now actually. Pretty soon, we will know whether we can stay in Canada, or whether we will have to pack our bags again, and move on.

It hasn't been easy. Settling into a new place, a new culture, the shock of a vastly different world, the pressure to succeed because of everything that goes into it — all of these weigh heavily mentally and physically. Still, we cannot help but feel privileged to be able to do this; for many today, several factors make access to legal immigration impossible. And yet in the end, they must leave their homes.

All in all, we believe that immigration can be a very enriching and self-affirming experience, especially when it means you have to start everything from scratch.