A couple of rail-hopping, homeless youths say the travelling lifestyle is not about being a menace. 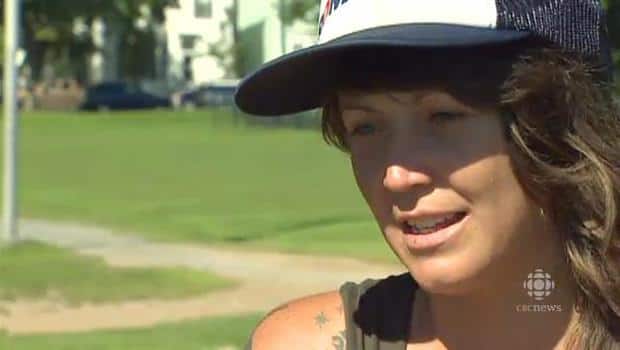 7 years agoVideo
2:36
John Marvin and Cathryn Lee travel around North America with little or nothing in their pockets. 2:36

Halifax police have handed out close to 100 tickets so far this year to people begging for money in traffic, but a couple of rail-hopping, homeless people say the travelling lifestyle is not about being a menace.

John Marvin from Toronto and Cathryn Lee of Sault Ste. Marie, Ont., travel around North America with their backpacks and their dog, begging for money.

They said they enjoy seeing the country as they travel around hopping from freight car to freight car.

"The things you would see from a freight train are only things that you, the conductor and the engineer will see," said Marvin.

They get around by asking for change.

"I think a lot of people have a lot of problems asking for money. The only kind of work I can get is migrant work," said Marvin.

They said they use the money to get from city to city and to buy food.

"Oddly being homeless is a little expensive too. Just having to buy things at gas stations as oppose to being able to store food," said Lee.

They also spend money on their dog, Breezy.

"If all you are doing most of the time is walking exploring places. The dog loves it. Some of the happiest dogs I see are travelling kids' dogs," said Marvin.

"She’s one of the first things I think about during the day. She's got food before we do," said Lee.

Besides their living expenses, the pair also face fines. If caught soliciting for money in traffic they face a $169.91 ticket.

Marvin and Lee said after Halifax they are moving on to Newfoundland to look for work in the fall.