Capital Health has reached a tentative agreement with its union workers to avert a strike at its Halifax-area hospitals. 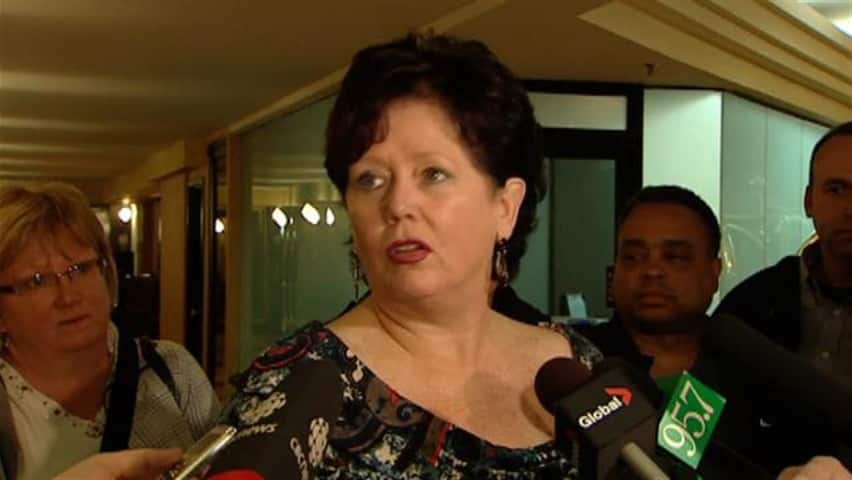 Capital Health has reached a tentative agreement with its union workers to avert a strike at its Halifax-area hospitals.

The 3,600 health-care workers had been poised to walk off the job this week. Leaders on both sides spent Wednesday in negotiations.

About 250 workers gathered at Olympic Hall Wednesday evening. They broke into a loud cheer when news of the tentative agreement was announced. Voting on the deal will begin Wednesday night and end Friday, with results to be released Friday.

Joan Jessome, president of the Nova Scotia Government and General Employees Union, said she would now take the deal to members to vote on it.

"It's a tentative agreement that has been unanimously recommended by the bargaining committee," she said. "We believe it's a good deal."

Jessome would not discuss any details of the deal. Asked if the government had put more money on the table, she replied: "Of course they did."

She said significant changes in the Capital Health offer came after 2 p.m. Wednesday. "There's no concessions on the table. We didn't give anything up," she said.

She said work would get back to normal over the weekend.

The tentative contract shows that the issue of wage increases will go to binding arbitration, meaning negotiations did not reach a settlement on pay demands.

The arbitrator will be asked to come up with a three-year wage increase of between 6.5 per cent and just over 9 per cent. That decision must be reached by June 15.

Chris Power, CEO of Capital Health, said she was happy a deal had been reached.

"This news is the best outcome we could have hoped for our patients and their families," she said. "We know that even the threat of a strike has had a tremendous impact on them, as well as on our employees, both in Local 42 and others.

"We are anxious now to turn our energy to returning to normal operations, providing safe, quality care to the citizens of the district, as well as specialist care to patients from other parts of Atlantic Canada."

She said diagnostic imaging and lab work will resume full operations Thursday and cancelled appointments will be rebooked as quickly as possible. She noted that until the workers vote on the deal, the legal strike threat remains.

Wednesday was the fifth day at the bargaining table for negotiators with the NSGEU and Capital Health via mediator Bruce Outhouse.

The members of Local 42 could have gone on strike early Wednesday, but the strike deadline was pushed back to Thursday.

Capital Health responded to the threat of a strike by cancelling hundreds of surgeries and appointments.

While there are are a number of outstanding contract issues, the major sticking point was the union's demand for the same 5.1 per cent raise awarded to nurses last year in an arbitration hearing.

Capital Health had said it cannot afford to pay them that much.