Officials with Nova Scotia's Irving Shipyard have confirmed they laid off 83 workers Friday, but it's expected the cuts will only be short term.

Irving calls cuts "normal course of business for the industry" 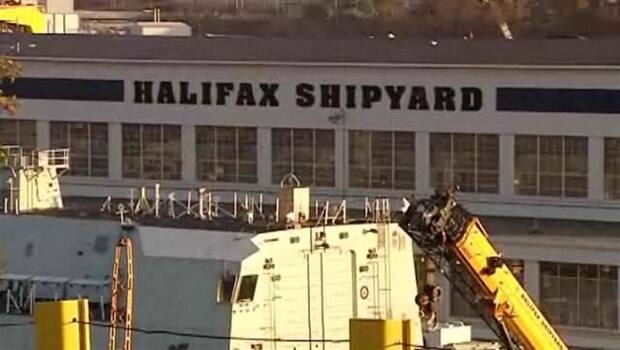 Layoffs at the Irving Shipyard

9 years agoVideo
1:26
Michael Dick reports on layoffs at the Irving Shipyard in Halifax. 1:26

Officials with Nova Scotia's Irving Shipyard have confirmed they laid off 83 workers Friday, but it's expected the cuts will only be short term.

The company says the laid-off iron workers and welders will be back on the job in two weeks to do maintenance work on one of the Newfoundland ferries.

Irving said in a statement that shipbuilding is a project-based industry, and this is a normal course of business.

Last month, the Nova Scotia government handed Irving $304 million, most of which does not have to be repaid.

Stephen McNeil, the leader of the Nova Scotia Liberal party, said he was surprised by the cuts and he sees a pattern.

"When government puts public money into business, there seem to be layoffs. It's happening at Bowater, now we're hearing what's happening with the shipyard, so let's hope it's short term and that we'll see these people back to work," he said.

Some of the public funds will be used to upgrade the shipyard in advance of building Canada's new fleet of war ships.

The contract is expected to create about 11,500 jobs over the next 30 years.