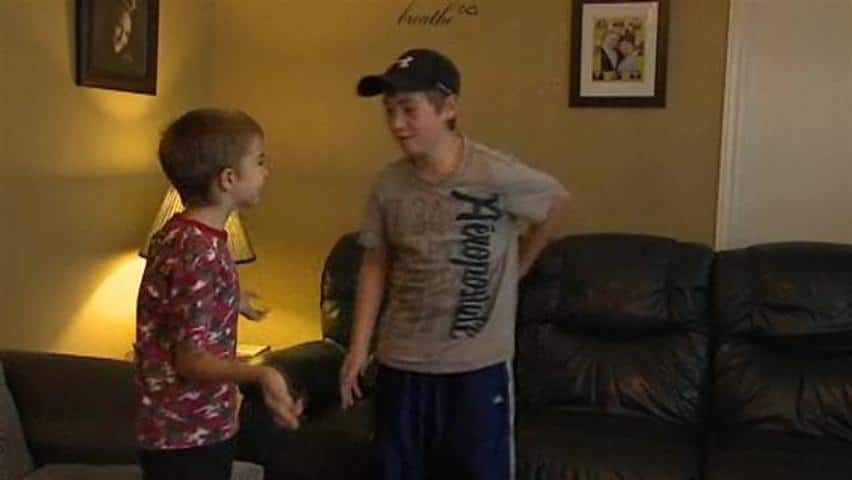 8 years agoVideo
1:59
A family in Cape Breton is celebrating the fast actions of their 14-year-old son who saved his younger brother from choking. 1:59

While watching television, Johnathan Hines noticed his younger brother, Jared, was choking on a piece of hard candy.

"I was laying down, the candy was in my cheek, then I opened my mouth for two seconds, it went back into my throat, I jump out of my seat, I ran to my brother, I was gasping for air," recalled 10-year-old Jared.

Their parents weren't home at the time.

Hines said he didn't have time to think about it, and quickly performed the Heimlich maneuver.

"I was definitely a little nervous but also a little relieved once I saved him. I feel really good that he's still here instead of him gone."

Hines learned the Heimlich in a swimming course and also in a babysitting course.

Johnathan said everyone should have that skill because you never know when you'll need it.

Jared, the youngest of six siblings, is doing fine now. All of the Hines' clan have been taught first aid.

Christine Hines, their mother, teaches first aid in the community but said she never expected those skills to be put to use in their own home.

"I was very proud and thankful," an emotional Hines told CBC News.