Cheers erupted today at Halifax's Pier 21 as the founder of a growing Antigonish, N.S., chocolate company who came to Canada as a refugee from Syria became a Canadian citizen.

Cheers erupted today at Halifax's Pier 21 as the founder of a growing Antigonish, N.S., chocolate company, who came to Canada as a refugee from Syria, became a Canadian citizen.

Tareq Hadhad of Peace by Chocolate smiled from ear-to-ear as he was called up to officially receive his Canadian citizenship, the first in his family to do so.

"It's the biggest day of my life, full of emotions, absolutely," Hadhad said following the ceremony.

"It's certainly an honour, I feel that I belong to this amazing nation. I feel that I am free and I will go out of this place so proudly saying that I am so honoured to be a Canadian at this moment." 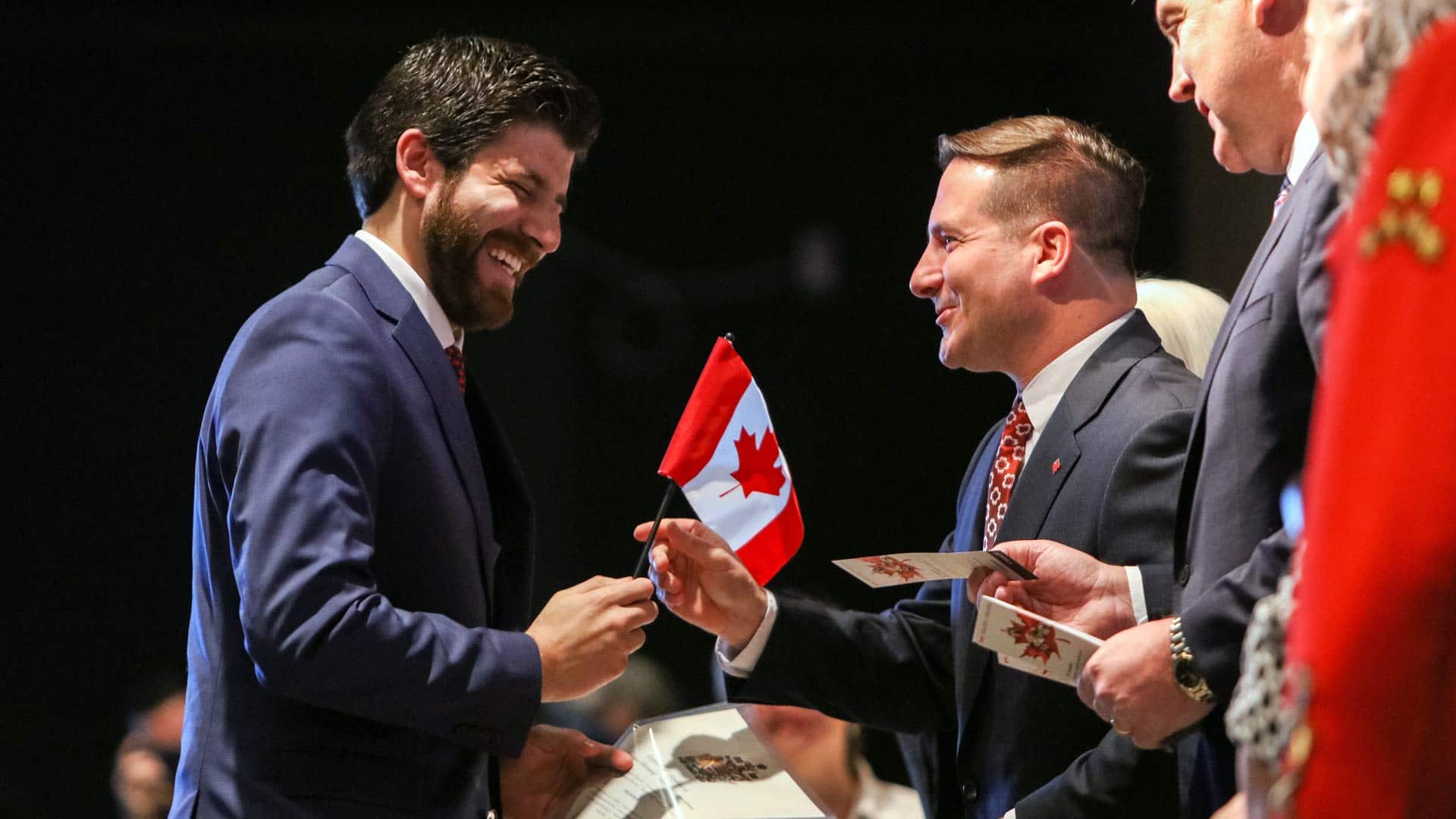 1 year ago
5:28
Tareq Hadhad, founder of Peace by Chocolate, became a Canadian citizen today and says he now feels like he has 37 million siblings. 5:28

He said one of the first things he intends to do as a new Canadian is to pick up "a double-double with a toonie and [fly] to watch a hockey game on the weekend."

He also said he's looking forward to enjoying his first winter as a Canadian.

"Having to endure all of that ice and snow out there, I think they are trying to give me the real [Canadian] experience," he said.

Tareq's father, Assam Hadhad, was a chocolate maker in Damascus for two decades, employing 30 people in his factory.

Before the country was ravaged by war and the factory was bombed, the company used to ship specialty treats across the Middle East.

After fleeing Syria, Hadhad's family settled in Antigonish in 2016 and built a social enterprise ⁠— Peace by Chocolate ⁠— which sells its products across the country and employs about 55 people, including other refugees.

"With all the complexities in the world, I think this is just a wonderful silver lining and positive story. It demonstrates that immigration is a true hallmark of our history, but also the key to our future," Marco Mendicino, minister of immigration, refugees and citizenship, said at Wednesday's ceremony.

Last month, Hadhad announced on Twitter he had passed his Canadian citizenship test with a perfect score. The post garnered tens of thousands of likes and congratulations from the likes of Prime Minister Justin Trudeau.

Cheers as Tareq is called up to the stage. <a href="https://t.co/bXAi1FchUa">pic.twitter.com/bXAi1FchUa</a>

Hadhad said the rest of his family has applied for Canadian citizenship and they hope to take the test within the next eight to 12 weeks.

His sister, Alaa Hadhad, said it would mean the world for her, her children and the rest of the family to join her brother as Canadian citizens.

Lucille Harper of Antigonish helped to bring the Hadhads to Canada. She said she's thrilled to see the Hadhads realize their Canadian dream.

"It's just all we could ever really hope for," she said.

Can't hide this anymore! I passed my Canadian citizenship test with a 100% Score, not even one answer was wrong. My ceremony will be in a few weeks. They said bring your family, but not sure if there is a venue that can fit 37.59 Million Canadians, I have a big family now 🇨🇦🇨🇦🇨🇦 <a href="https://t.co/FTUfncx0rx">pic.twitter.com/FTUfncx0rx</a>