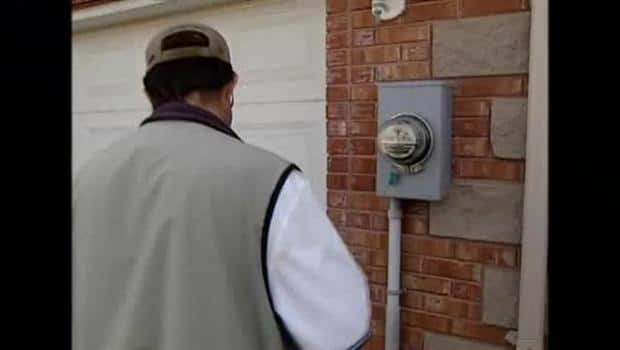 8 years agoVideo
1:23
There may be a settlement in the works over NSP's request to raise rates. 1:23

There's an 11th hour attempt underway to reach a settlement agreement over Nova Scotia Power's request to raise rates by three per cent in each of the next two years.

A public hearing into the request will open Thursday, as scheduled. But CBC News has learned representatives from the power company and the consumer and small business advocates will ask for an adjournment.

Any tentative deal, if reached, must first be presented to the Utility and Review Board for scrutiny and approval before canceling the public hearing.

The Utility and Review Board has already received hundreds of questions from lawyers critical of whether the company has done all it can to reduce head office costs before raising rates.

N.S. Power President Rob Bennett said Wednesday that the closure of the Bowater and Newpage paper mills amount to a $53 million hit to the power company's bottom line.

"About 20 per cent of all the electricity was going to that customer class," he said. "So now that that's gone, there's a missing component of fixed costs recovery on the network. So all of those factors are influencing rates today."

John Merrick, Nova Scotia's consumer advocate, wants changes to a pension plan he argues offers too much at the expense of ratepayers.

Long-term N.S. Power employees can retire at age 52 with half pension or at age 58 with full pension. The consumer advocate will argue that's too rich and should be changed. The company said its done what it can to cut costs by eliminating one hundred managers and reducing overtime.