A Halifax woman had a very Merry Christmas after her seven-month-old black cat ‘Meow-Meow’ returned home.

Meow-Meow escaped from his Halifax home on Sunday 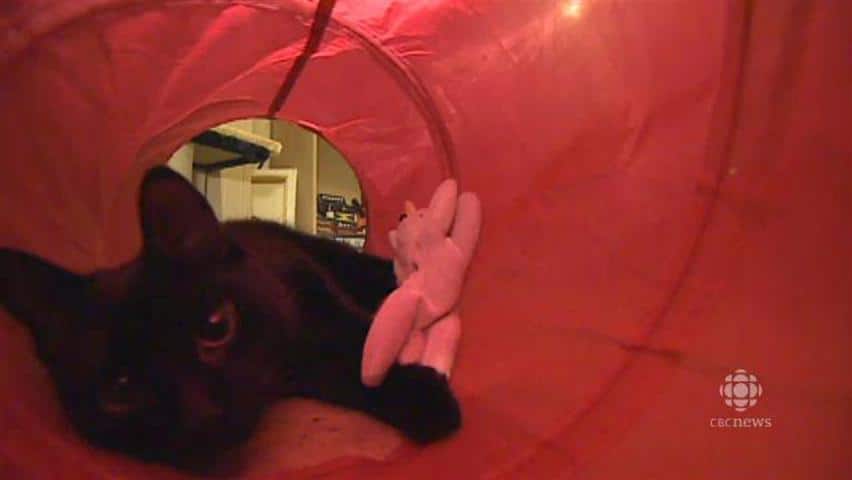 7 years ago
1:40
A Halifax woman had a very Merry Christmas after her seven-month-old black cat ‘Meow-Meow’ returned home. 1:40
1 of 0

A Halifax woman had a very Merry Christmas after her seven-month-old black cat ‘Meow-Meow’ returned home.

Meow-Meow went missing Sunday evening, near North and Clifton streets, wearing a festive red sweater with the Peanuts’ character Snoopy on the back.

His story was swiftly shared on social media.

Owner Chantelle Rideout said she placed toys, kitty litter, and clothing in her yard, hoping the smells would lure the cat home.

At 3 a.m. on Christmas morning, she heard him meowing on the porch and rushed to bring him inside.

"It was so great having Christmas with him back. It wouldn't have been the same without him. We were going to hold off celebrating Christmas until he came back so it was really amazing that it worked out the way it did," she said.

Rideout said the cat was hungry and thirsty but otherwise unharmed after his three-night adventure.

He was missing his Snoopy sweater, but she said she's grateful it didn't snag on something and trap him.