WARNING: Video contains explicit language that may not be suitable for everyone

WARNING: Video contains explicit language that may not be suitable for everyone 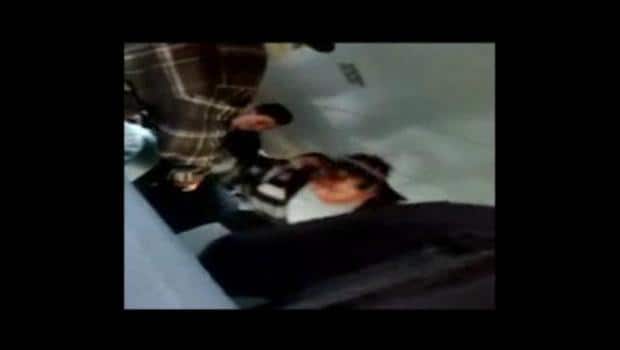 8 years agoVideo
2:27
People in Halifax say they are shocked and disturbed after watching this YouTube video. 2:27

Parents and educators in Halifax say they are shocked and disturbed after watching a YouTube video that shows an explicit exchange between a group of fighting students and their bus driver.

The video, posted on YouTube Tuesday, was filmed on a bus transporting students from Gaetz Brook Junior High School and Eastern Shore District High School to their homes at the end of the school day.

The video shows two students fighting, egged on by the other students on the bus.

Then the bus driver, Heather Vidito, walks to the back of the vehicle yelling "'get the f-ck off now" at the out-of-control students.

School board spokesman Doug Hadley said he was shocked when he first saw the video Wednesday morning.

"Very disturbing to see that type of language being used by a driver to try and intervene in the situation," he said.

Paul Negus' daughter is in Grade 7 at Gaetz Brook Junior High and rides the bus every afternoon.

"I thought it was appalling that this violence was taking place on the bus and that type of language is coming out of the bus driver who is looking after our children," he said.

Negus said his daughter comes home with a headache every day after taking the bus. He said he thinks it's caused by the stress of fearing what she might encounter on the bus ride home. His daughter hasn't reported any problems on the morning bus ride. Vidito had been driving both routes.

Hadley said the driver has been removed from working on any route until the company completes its investigation.

Hadley also said they'll be working with students to educate them about appropriate bus behaviour.