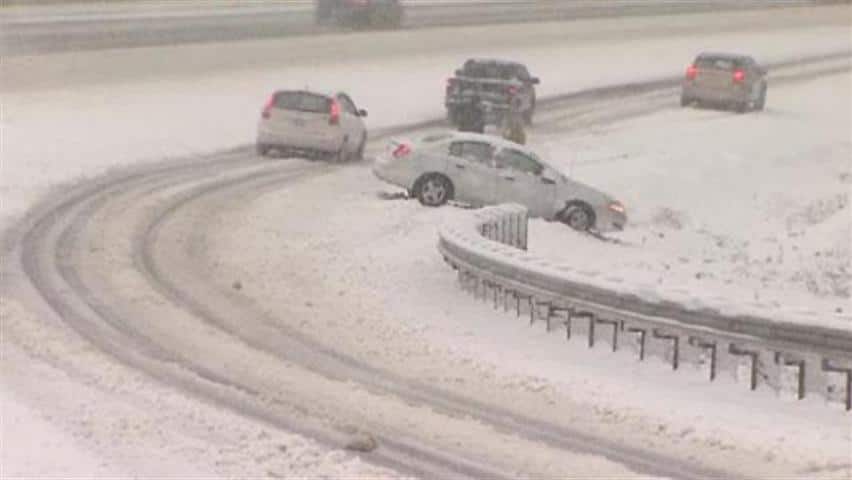 The closures in the Annapolis Valley Regional School Board affect schools in Annapolis County, Kings County and West Hants.

The Chignecto-Central Regional School Board closures include Cumberland, Pictou and Colchester counties and the Municipality of East Hants.

About a dozen arriving and departing flights were delayed at the Halifax Stanfield International Airport and ferry crossings on the Northumberland Strait between Wood Islands, P.E.I., and Caribou, N.S., were cancelled until further notice.

Environment Canada issued weather warnings for the western half of mainland Nova Scotia and Inverness County on Wednesday.

Snowfall warnings were issued in Annapolis, Colchester, Hants and Kings counties as up to 15 centimetres of snow is forecast in those areas by Wednesday evening.

The snow is expected to fall with temperatures at or near freezing and Environment Canada warned it could lead to slushy conditions and produce hazardous driving conditions this afternoon.

Meanwhile, rainfall warnings were issued for Digby, Lunenburg, Queens, Shelburne and Yarmouth counties as well as Metro Halifax, where 10 to 20 millimetres of rain is expected by Wednesday afternoon.

Environment Canada said the rain is also expected to turn into snow inland.

Inverness County was covered with a wind warning as gusts of up to 90 kilometres an hour are expected. Environment Canada said those winds are expected to diminish in the afternoon.