Restaurants, bars in the Halifax area must close to in-person dining as of 12:01 a.m. Thursday. Libraries, recreational centres and casinos must close altogether for a two-week period.

Restaurants, bars in Halifax area must close to in-person dining as of 12:01 a.m. Thursday

Nova Scotia reported 37 new cases of COVID-19 on Tuesday — the fifth highest single-day increase in cases since the start of the pandemic — as officials announced new restrictions to stem the spread of the coronavirus.

The province hasn't reported this many new cases since April 23 when 55 new cases were announced. That remains the most cases announced in Nova Scotia in a single day.

Premier Stephen McNeil and Chief Medical Officer of Health Dr. Robert Strang told a news conference Tuesday that 35 of the new cases are in the central health zone.

One case is on the edge of the northern health zone and is related to an exposure in the central zone. The province also confirmed a case of COVID-19 at Northeast Kings Education Centre in Canning, Kings County, in the western health zone. The school will be closed for cleaning for three days.

"Thirty-seven cases in one day — if that isn't enough of a concern, I don't know what is," said McNeil. "If you haven't woken up to the second wave, this is your wake-up call."

McNeil announced that as of 12:01 a.m. Thursday, all restaurants and bars in the Halifax region must close to in-person dining, except for takeout and delivery orders, for the next two weeks.

All fitness and recreational facilities, libraries, museums and casinos in the region must close for the next two weeks, as well.

Prior to the announcement, the Restaurant Association of Nova Scotia had called on the province to shut down establishments for the next two weeks.

Strang said the province is expanding the area where these restrictions are being put in place. They now apply in HRM from Hubbards to, and including, Porters Lake as well as the communities up to Elmsdale and Mount Uniacke in Hants County.

A list of what's open and closed in the Halifax region can be found here.

In a statement Tuesday, a Saint Mary's University spokesperson said "a SMU community member" has tested positive for COVID-19.

"Public Health is conducting contact tracing. Anyone asked to self-isolate by Public Health is doing so," the statement said. "Others have been asked to monitor for symptoms due to low-risk interaction."

It said anyone who has not been contacted is not being asked to do anything, other than continue to follow Public Health protocols.

Due to privacy concerns, the school is not releasing any more information about the individual.

While the gathering limit in the Halifax region will remain at five, McNeil said there will be stronger enforcement for illegal gatherings "including a $1,000 fine for every person who walks through the door."

As well, masks will now be mandatory in common areas of multi-unit residential buildings, like apartment buildings and condos.

Heading into the holiday season, retailers will have to limit their store capacity to 25 per cent of their legal capacity, based on their building code.

"We're doing this because we know that the crowded shopping spaces are one of the areas that are a significant concern," said Strang.

He discouraged non-essential travel in and out of the Halifax area.

Outside of the Halifax region, the gathering limit is still 10. Visitors, aside from volunteers and designated caregivers, will no longer be allowed to visit long-term care facilities, adult residential centres and regional rehabilitation centres licensed by the Department of Community Services.

Staff, volunteers and designated caregivers at long-term facilities in the Halifax area will undergo voluntary, biweekly testing. It will be phased in starting Nov. 27.

Sports teams outside Halifax are restricted to local or regional play only and there will be no extracurricular activities between schools.

The conference comes a day after P.E.I. and Newfoundland and Labrador announced they are leaving the Atlantic bubble as COVID-19 case numbers begin to climb in Nova Scotia and New Brunswick.

As of Tuesday, Nova Scotia had a total of 87 known active cases. Public Health officials have confirmed there is community spread in the province. 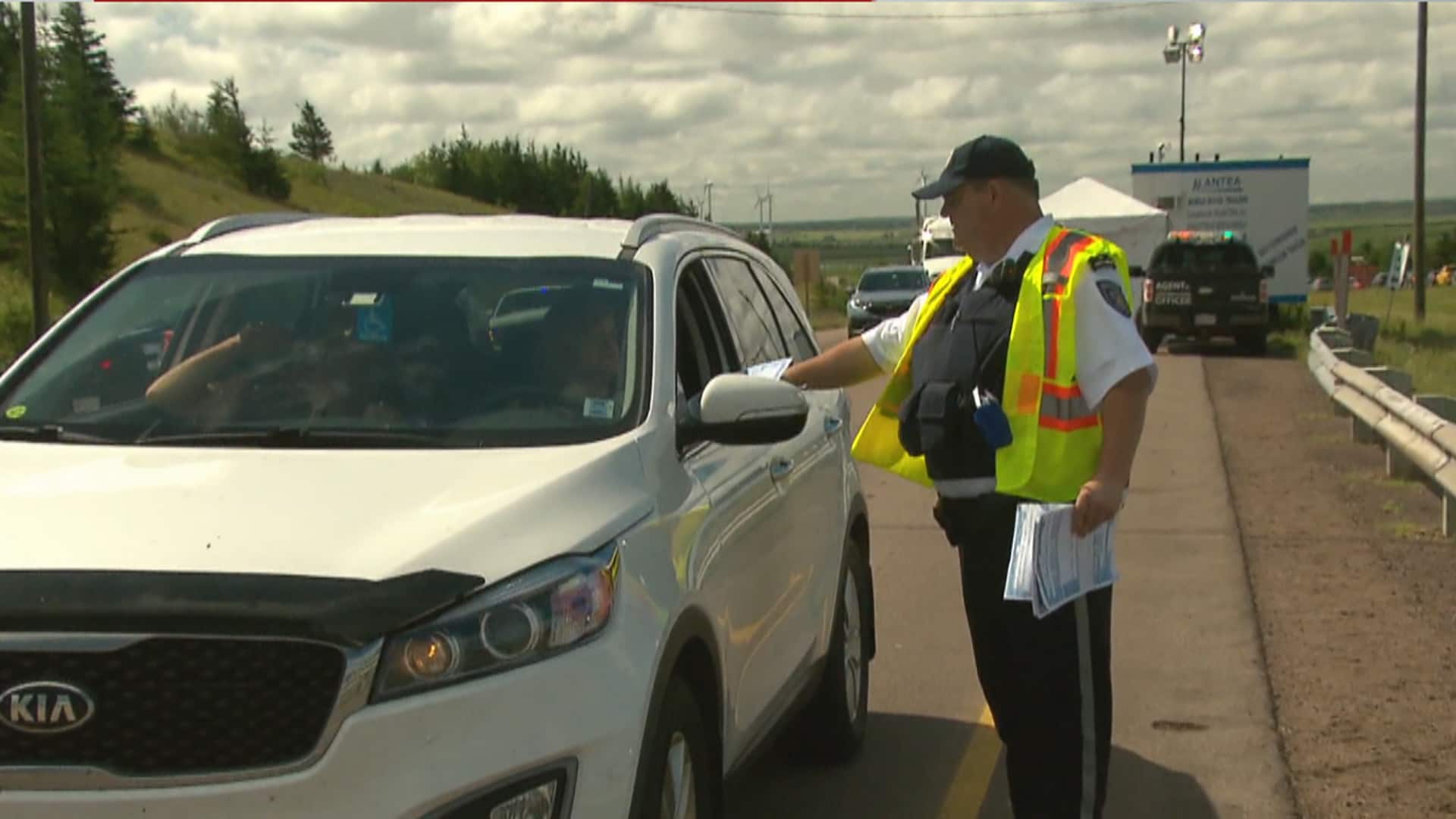 2 months agoVideo
3:43
P.E.I. and Newfoundland and Labrador will soon require 14-day isolation for travellers from other Atlantic provinces, effectively ending the travel bubble that began in July.  3:43

The number of new cases being announced has increased steadily in recent weeks. Three new cases were announced in September, while October saw 21 new cases. So far in November, 118 new cases have been announced.

Strang said more than 70 per cent of November's cases have been among adults aged 18 to 35.

"We know in this population there's a lot of social activity," he said.

Strang said asking everyone who visited bars or restaurants in the last two weeks to get tested, as well as having pop-up rapid-testing events, can help identify some of the asymptomatic people in that demographic.

A rapid-testing pilot that began in The Dome nightclub on Saturday in downtown Halifax will continue this week. The pop-up sites will move to new locations each day, the province said.

Tuesday afternoon, dozens lined up in the cold for the second rapid-testing event outside a building on Dalhousie University's campus.

Results from rapid tests can take as little as 15 minutes, but are less accurate than results from the tests that need to be processed in a lab.

Anyone who gets a positive result from the rapid test will get a standard test, and be sent home immediately to self-isolate while they wait for those results.

Strang said he expects more cases to be announced in the coming days and weeks.

"Everything right now we're seeing today will have an impact, but because of the incubation period of the virus, we're going to see these high numbers continue for the next week to 10 days. Everything we're seeing today ... are a result of things happening a week to two weeks ago," he said.

He said the province may see more cases in hospitals and long-term care facilities, but he said they are prepared.

"I don't want to scare people, but I want people to have a realistic picture of what we're facing," said Strang.

COVID cases in the Atlantic provinces

The latest numbers from the Atlantic provinces are: