Shelburne County is cleaning up after hurricane-force winds battered the shore over the weekend. 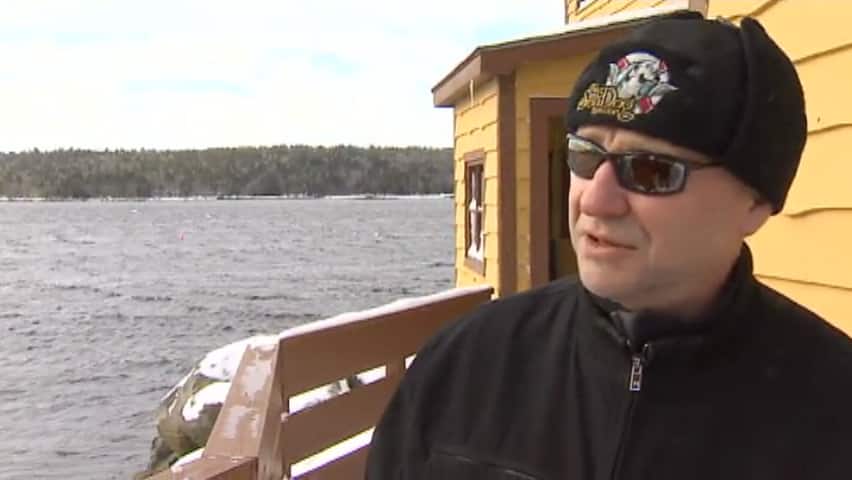 8 years agoVideo
1:23
The owner/operator of Shelburne's Seadog Saloon said this weekend's storm nixed his plans of a relaxing weekend off. 1:23

Shelburne County is cleaning up after hurricane-force winds battered the shore over the weekend.

"I've seen a hurricane go through here and it's never done that much damage but to hear people's shingles blowed off, glass smashing out and my son's friend found way over about four kilometres over that came sign from MacDonald's. That was really weird to think the wind could pick up something and take it that far," she said.

The Seadog Saloon had to close down temporarily after storm surges brought seawater into Allan Reid's restaurant.

"Moped up the floor and a couple hours later you'd never know there was ever any flooding. I fared pretty well compared to some people," he said.

The Barrington No Frills along Highway 103 will be open even though part of the store's glass facade lies shattered in its parking lot.

Over on Cape Sable Island Darrly Smith said he has to start thinking of what he will do with the flattened pile of wood that was his old barn.

It didn't survive the storm.

"I never heard nothing, but my wife said around 5 o'clock she heard a big bang. But she never thought nothing hit the house," he said.

"But there it laid."