Snowstorm drops up to 50 cm in parts of Atlantic Canada

A late-winter storm is steadily dropping lots of snow on much Atlantic Canada this morning, while parts of the Maritimes remain under a winter storm warning.

Halifax almost entirely shut down, with motorists urged to stay off roads 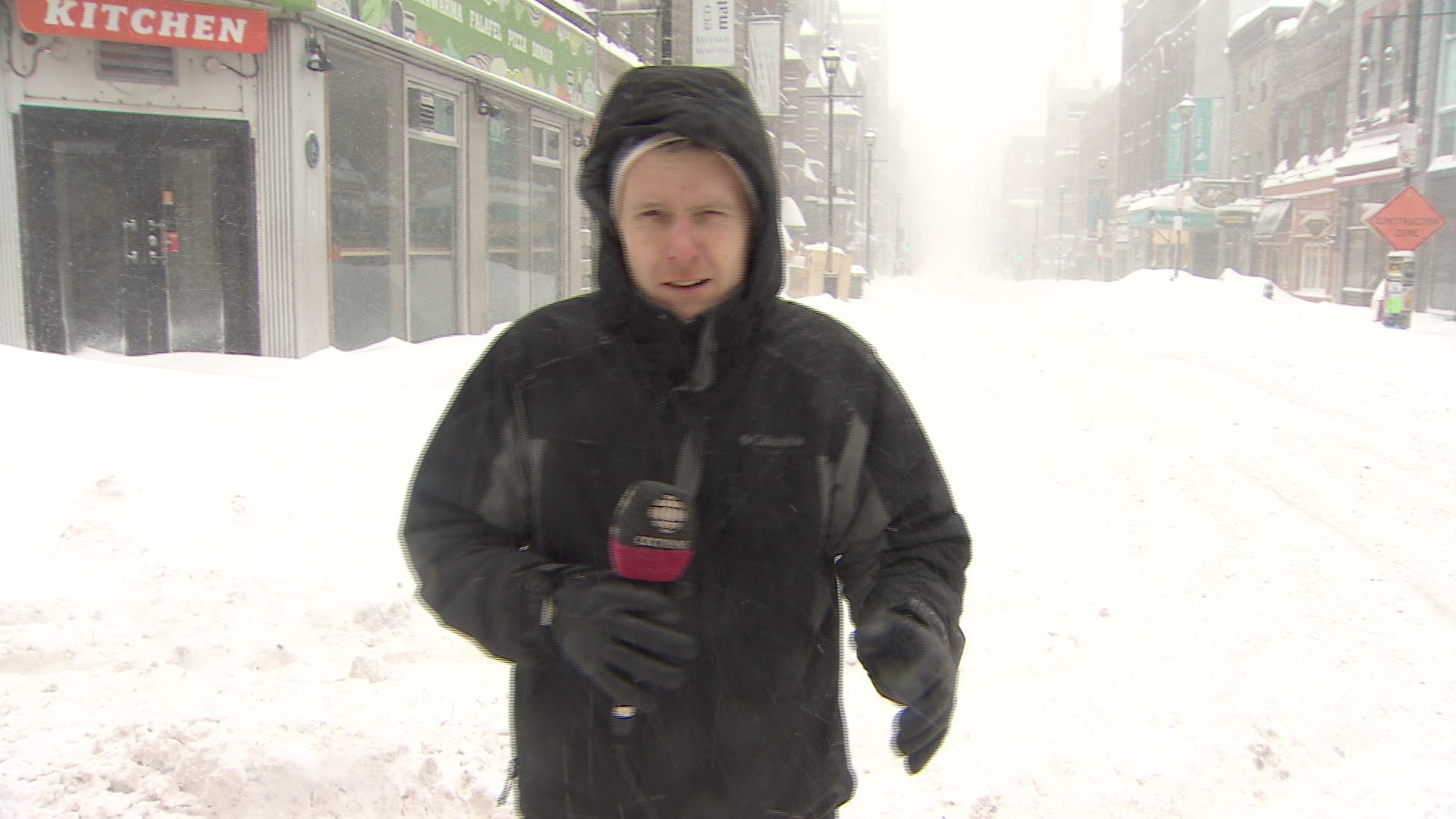 For the second time in three days a large storm is battering parts of Atlantic Canada with snow and high winds, with up to 50 centimetres of snow reported in some regions of Nova Scotia.

Halifax is almost completely shut down, with all transit pulled off the roads and government buildings and universities closed for the day. Environment Canada is warning that large swaths of the province could be hit by near-zero visibility conditions.

The storm is causing problems for emergency crews, and one Halifax fire truck was stuck in a snow bank for an hour on the way to a call.

Police and municipal officials are urging drivers to stay off the roads to let plows manoeuvre. Nova Scotia RCMP say there are at least 50 vehicles stranded on roads and highways.

"We have a large number of vehicles stuck and motorists stranded on the road and it's very bad out there," RCMP Sgt. Al LeBlanc says.

"The other issue is that our officers are not sometimes able to get to the scene. I understand tow trucks are not able to get out or are stuck and maybe some plows are stuck as well."

Police say if people do venture out in vehicles to dress warmly and bring along an emergency kit.

Many flights at the Halifax Stanfield International airport are grounded.

Nova Scotia's Yarmouth and Shelburne counties, Prince County in P.E.I. and areas of southeastern New Brunswick are under a blowing snow advisory today.

In Halifax, early risers awoke to a major dump of snow. CBC meteorologist Peter Coade says there are reports of up to 50 centimetres in some parts of the Halifax region.

In Nova Scotia, plows have been busy trying to keep the major routes clear.

Halifax Transit made the unusual move of pulling bus and ferry service ahead of today's major snowstorm.

Dozens of cancellations are coming in at CBC's storm centre line.

Coade says the effects of today's storm will continue until later today across much of the Maritimes before tapering to flurries and gradually clearing overnight tonight.

"The centre of the disturbance that developed last evening over the Gulf of Maine is now tracking along to the south of Nova Scotia. The storm is taking aim at the Avalon Peninsula on the island of Newfoundland where we will find it by daybreak tomorrow," says Coade.

Watch a 360 degree view of the storm at Chebucto Road and Mumford Road in Halifax.