A nurse at a Halifax university says she's worried about students turning to so-called smart drugs as campuses across Nova Scotia approach the high-pressure exam period. 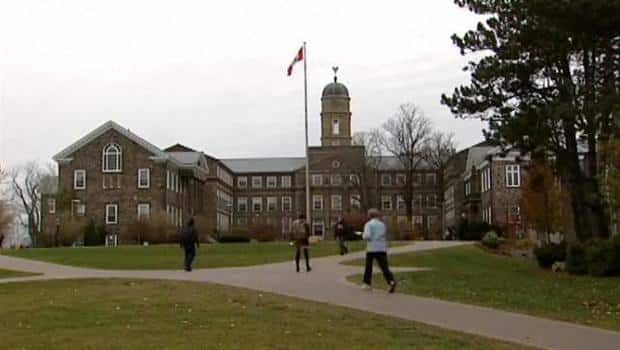 8 years agoVideo
1:56
Some students are turning to illegally-acquired prescriptions to help cope with the stress of school. 1:56

A nurse at a Halifax university says she's worried about students turning to so-called smart drugs as campuses across Nova Scotia approach the high-pressure exam period.

Jane Collins, a nurse manager at Saint Mary's University, said it's no secret there's a black market for prescription drugs on campus for drugs such as Adderall and Ritalin.

"It's like taking a shortcut. 'Hey, I don't have to study all night tonight, I can go out and then I can take some Dexedrine and I can stay up all night and get all the work done and I won't be tired and I can go to class,'" she said.

Drugs such as Adderall, Ritalin and Dexedrine are psychostimulant drugs designed primarily as a treatment for attention deficit hyperactivity disorder (ADHD) and narcolepsy. The drugs increase dopamine levels in the brain — and the wakefulness, alertness and concentration of those taking them.

Collins said she sometimes wonders about some of the students who come to her looking for a diagnosis.

"Do they want diagnoses so they can get the medication? It's possible," she said.

"Because if you don't have a prescription, unless you have a friend supplying you or you're getting it on the street — very expensive — that's the only way to go."

"There's pressure on them from some fellow students. 'Hey, you're focusing so well, you're doing well on your exams, I'm so scattered, I'm tired. How about giving me some of your Ritalin or I'll buy it from you?'" she said.

If the drugs are not taken properly by the people they're prescribed to, Collins warns there can be side effects such as increased blood pressure, increased heart rate and in extreme cases, stroke.

"One particular student who had been taking someone else's Dexedrine, his pulse was 140 when he was in my office and he hadn't slept in two days," she said.

"If you repeatedly use the stimulants you can have feelings of hostility, paranoia, there's all kinds of ill effects."