Nova Scotia's natural resources minister spent Tuesday defending his bid to buy a parcel of waterfront Crown land in Pictou County, explaining that the province has been selling the once expropriated land back to original owners for more than 25 years. 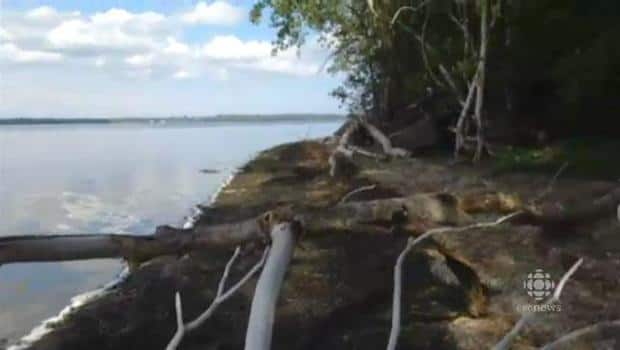 Nova Scotia’s natural resources minister spent Tuesday defending his bid to buy a parcel of waterfront Crown land in Pictou County, explaining that the province has been selling the once expropriated land back to original owners for more than 25 years.

On Monday the Opposition called out Charlie Parker’s application saying it’s a conflict of interest.

Parker has owned a home in Pictou County for close to 30 years. He has applied to buy an adjacent 0.2 hectares of riverfront property on Crown land.

Back in 1973 the province expropriated 96 hectares of water frontage on West River in Pictou County for a reservoir. But it was never created.

Then in 1987 the province started selling the expropriated parcels of property back to the original owners or to the people who now own the land.

The sliver of land in question is landlocked and can only be accessed by the river, or by trespassing through the land Parker already owns.

The province is only allowing people who own the adjacent properties to buy the freed land, so outside members of the public aren’t eligible to bid for the property.

Both opposition parties are calling it a shady deal and asking the premier to put a stop to it.

Darrell Dexter said Parker was above board in submitting an application for the land and in recusing himself while the department assessed his request.  He also alerted the conflict of interest commissioner.

Rules posted on the Natural Resources Department website say the government doesn't put Crown land up for sale as general policy because of the limited amount of Crown land available and existing commitments on such land, such as parks and forestry licences.

There are exceptions that allow for sales to municipalities or community groups for public benefit, sales to support economic activity and sales to alleviate undue hardship where it is in the province's best interest.

Crown land is not sold for speculative purposes or for residential or cottage lots, the rules say, and anyone looking to buy Crown land must be able to show that all other reasonable alternatives have been explored.