Search and Rescue Technicians are perfecting their skydiving techniques at Jump Camp in Nova Scotia's Annapolis Valley this week. 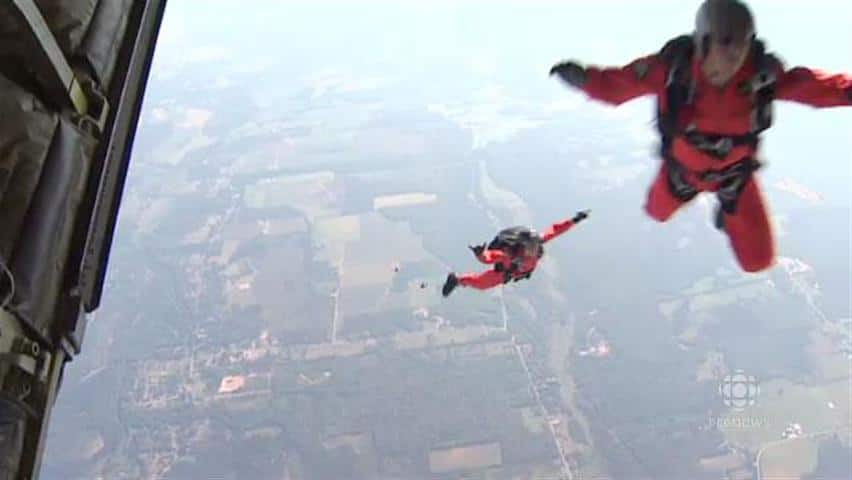 7 years ago
1:21
Nova Scotia SAR Techs skydive into the Annapolis Valley as part of Jump Camp. 1:21

Search and Rescue Technicians are perfecting their skydiving techniques at Jump Camp in Nova Scotia's Annapolis Valley this week.

"The SAR Techs are having their jumps analyzed when they leave the aircraft so they can be critiqued on the finer points of their exits, along with the landings themself," said chief SAR Tech Conrad Cowan.

Cowan said Jump Camp is about developing muscle memory so jumping from a plane becomes second nature when it really matters. He gave an example from his own work.

"We were actually in the air already. There was a plane crash in northern Quebec. The crash actually started a huge forest fire," he said.

He and a second SAR Tech jumped into the fire. They had no time for thinking.

"I said to the team member, 'If the fire turns on us, we grab [the patients] and put them on our back and run toward the lake.'"

That jump and rescue mission went off perfectly. He credits jump camps with making the extraordinary routine. He also said Jump Camp will prepare more SAR Techs to perform on instinct when they are needed.