An uninsured single mother from Dartmouth is appealing to the public to help pay for her toddler's post-cancer treatment medications.

Denise Hill, 25, lost her job in January along with her health insurance 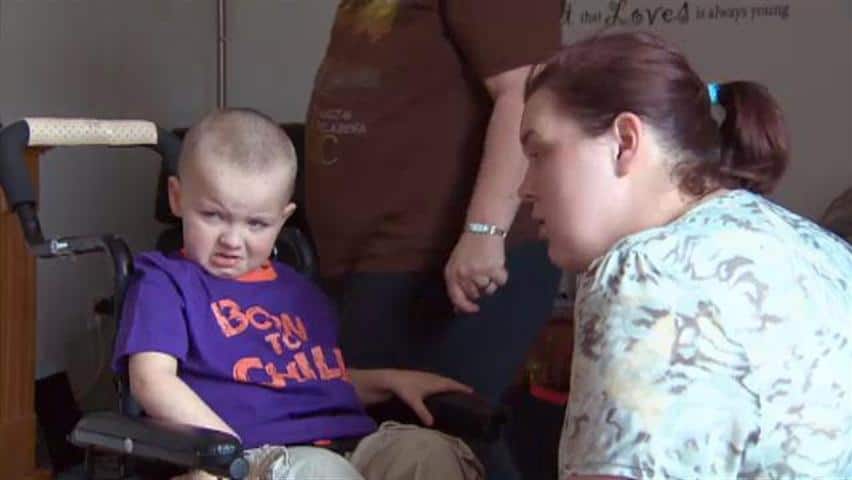 An uninsured single mother from Dartmouth is appealing to the public to help pay for her toddler’s post-cancer treatment medications.

Denise Hill’s life completely changed last month when she received news no parent ever wants to hear — that her three-year-old son Leeland had brain cancer.

Doctors removed a cancerous tumour from Leeland on March 26. A biopsy confirmed the cancer was in the fourth stage.

On Monday the toddler will start 18 months of radiation and chemotherapy, which is covered by government healthcare.

Hill, 25, receives just $400 dollars a month in a family allowance from the government, not enough to pay for the expensive medications Leeland requires outside of his radiation and chemotherapy treatments. Without insurance, Hill is left short.

"His medication to keep him from throwing up after radiation and chemotherapy is $372 every two weeks," she said.

Following Leeland's operation, he was left partially paralyzed, no longer able to walk with some paralysis in one of his arms. He now requires a wheelchair to get around.

Hill said she would rather look after him at home, where her parents can help but that means buying a wheelchair to replace the one on loan.

In an effort to keep him strong through his long treatment, doctors fitted Leeland with a feeding tube that requires a special kind of food that can be costly.

"It’s a matter of keeping my son home during treatment or being hospitalized for a year and half and either way there are costs," she said.

If Leeland stays in hospital, his needs will be met but Hill said the cost of travelling back and forth to stay with him could add up.

Hill no longer works and has no health insurance. Her father is disabled and her mother has also been diagnosed with cancer.

Desperate, she's set up a Facebook page called Leeland Hill and His Journey Through Brain Cancer, hoping someone will respond to their need.

A fund has been set up at the Royal Bank of Canada where people can donate money to help the Hill family.