Sharing the milk of human kindness

Several women in the Halifax area are sharing their breast milk. That casual arrangement is giving rise to the hope that the city might see a human milk bank return to the IWK Health Centre. 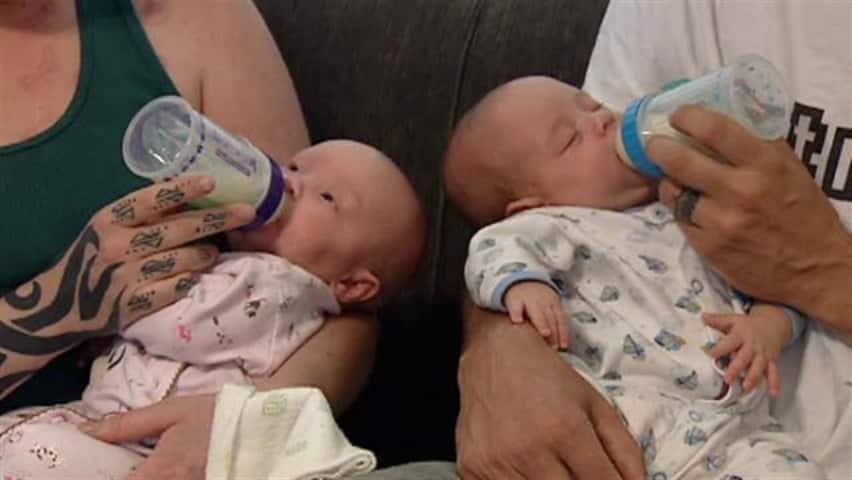 9 years agoVideo
3:11
Some women in Halifax hope a breast milk bank returns to the IWK. 3:11

A group of women who share breast milk are hoping to see a more official arrangement at the children's hospital in Halifax.

Erin Burgess relies on other women to supply milk for her two children, Rowan and Wyatt. The twins were born two months premature to a surrogate.

Martha Paynter produces enough milk to feed her daughter Freyja and the twins. Her extra milk is stored in bags, frozen and then donated.

Sharing comes with safety concerns, however.

When Burgess looks for clean milk through a Facebook group called Human Milk 4 Human Babies, she asks the donors health questions. A milk bank would be different, she said.

"You would know exactly there are standards," she said.

The IWK Health Centre had such a milk bank, but it was shut down along with every other one in the country after the tainted blood scare in the 1980s.

Recently, there have been attempts to revisit that. Vancouver had a milk bank for a few years. Calgary opened one about a month ago.

Kathryn Hayward, a nursing professor at Dalhousie University, is chair of the milk bank working group. She envisions something like a blood bank for milk.

"When it comes down to sharing you are looking at the risks associated with the donor's lifestyle. So if we had a human milk bank we would screen for those risks. Our donor milk would go through Holder pasteurization, which is a flash pasteurization that is actually quite safe," she said.

Paynter said she's confident her donations to Rowan and Wyatt are safe.