It was a rough night for security guards working at a high school hockey game in Halifax. Three guards were assaulted and one was stabbed. 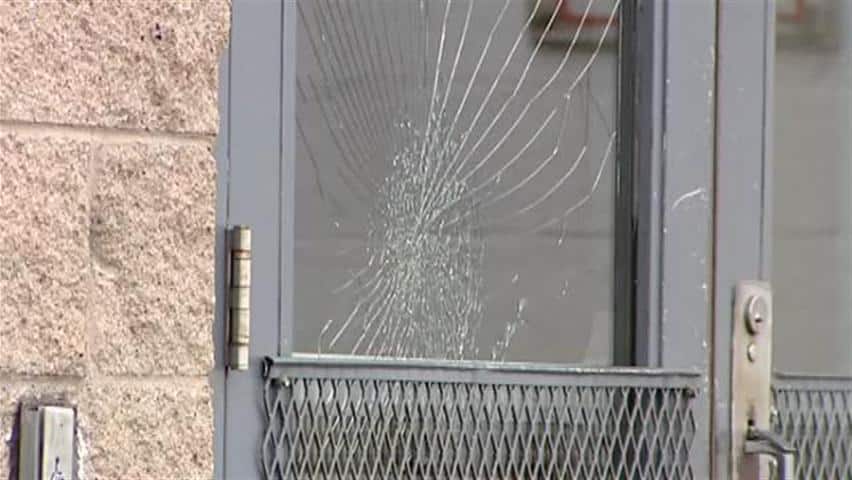 8 years agoVideo
1:30
A security guard was stabbed at a high school hockey game in Nova Scotia. 1:30

Halifax Regional Police are investigating a stabbing that took place at a high school hockey game Saturday night in Halifax.

Police were called to the Centennial Arena on Vimy Avenue where one of the security guards working at the game was stabbed and another was cut by some smashed glass.

There was a capacity crowd at the game between Halifax West Warriors and Sackville Kingfishers and security had to turn some people away. Police say the guards were acting under the orders of the fire marshal.

But some of the young fans who were denied entry to the arena tried to force their way in.

"One security guard was struck in the face, another was injured as a result of a rock being thrown through a window and he was hit by flying glass and another security guard who was responding to assist found himself assaulted by someone with some sort of weapon that resulted in a minor stab wound."

Two of the security guards were taken to hospital and treated for minor injuries.

The suspects fled on foot. Police gave chase and used a stun gun to take down one of the suspects.

Four people, all under the age of 18, were arrested and have been released.

Police said charges may be laid but they still need to conduct interviews. The incident was witnessed by a crowd of people and the investigation is ongoing.

"This kind of a response to being denied entry is just unacceptable," said Hernden.

"Three security officers were just trying to do their job and end up getting assaulted in the course of their duties and that simply is not acceptable."