In the summers without summer camps, staff get creative to stay afloat

As summer camps face the uncertainty of a second pandemic summer, they're hoping to take lessons learned from last year — which included finding creative ways to stay afloat.

'It's been a struggle for all camps across the country. There's not a lot of funding' 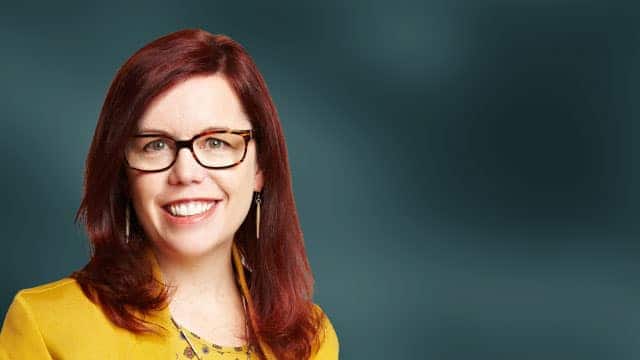 Atlantic Voice26:10Atlantic Voice: Silent Summer Camps
This week on Atlantic Voice, Emma Davie looks at the pandemic’s impact on summer camps like Big Cove and Camp Kadimah. For the second summer in a row the sounds of swimming, archery, canoeing and fun may be replaced with zoom calls. 26:10

As the COVID-19 pandemic began ramping up in the spring of 2020, summer camps were forced to call off weeks of programming, turn away children who had been coming for years and, in the worst cases, close their gates for good.

It also meant that, for the first time in as long as anyone can remember, there was a summer without summer camp.

"Kadimah ran during a war, but this is the first time that camp has ever been closed, ever," said Jessica Pink, a third-generation staff member at Camp Kadimah, a Jewish summer camp in Barss Corner, N.S.

"We've had floods at camp, we've had fire bans, we've had summers where there wasn't a lot of campers there. We've had swine flu at camp, which is a major disease. We've really had just about everything. But no one ever imagined that camp would be closed."

As summer camps face the uncertainty of a second pandemic summer, they're hoping to take lessons learned from last year — which included finding creative ways to operate without actually opening.

For Camp Kadimah, which would have marked 77 years last summer, that meant a virtual approach.

Jessica Pink's dad, Michael Pink, was also a Kadimah camper and later a staff member. Now on the board of directors, he said when they announced camp wouldn't run, staff members began asking how they could help.

"Remember, this is coming from 18 to 20 year olds, who normally follow a path which is more geared to themselves than to others. But not [last] summer. This group of counsellors volunteered to mount what was arguably one of the best programs we've ever executed, but it was done virtually," he said.

Jessica Pink and other staff members volunteered their time to do things like virtual scavenger hunts, arts and crafts projects and trivia night, bringing both campers and their families together online.

"Since we're such a generational camp, on Zoom, it wasn't just the kids, it was their parent who secretly wants to be at camp again," she said.

"So it was really interesting to see this wider network of people showing up."

And Pink knows what it means to come from a long line of campers. Her grandparents, Gloria and Steven Pink, met at Camp Kadimah in 1953. Last summer, they celebrated their 56th wedding anniversary.

Opening as a campground instead

Nova Scotia has a long history of summer camps. One of the oldest camps in Canada, YMCA Camp Big Cove, was founded in 1889.

In a regular year, there would be about 200 campers and staff roaming the site. But last summer, as a different approach was attempted, the numbers were far fewer.

Working with Public Health, Big Cove opened as a campground. Families were invited to come spend a night or two getting the full camp experience.

"We know how much it means to all of our families and how much some of those kids look forward to this experience year after year," said Scott Thomas, the camp director at Big Cove.

"Not having something for them to do, or the potential to come out to camp, I think was the very last thing we wanted to have happen."

Staff members brought families out in canoes, set up an archery program and spent a lot of time cleaning the site.

But the pandemic has cost summer camps across the country more than just a few months worth of memories.

Financially, camps across Canada are struggling — some were even forced to shut permanently because of the strain.

At Kadmiah, they offered parents a full refund, but asked if they would consider leaving the money to apply for summer 2021, which many did, according to Michael Pink. Some also made donations to the camp.

"And that helped. But it's not enough," he said.

Thomas said Big Cove was able to "stay afloat" last summer through its leadership training program and by opening as a campground.

"I know it's been a struggle for all camps across the country. There's not a lot of funding that has kind of come their way. And I think it's going to impact camps in the long term," he said.

This year, Kadimah made the heart-wrenching decision to keep its doors closed for a second summer. But it hopes to bring campers and staff together again virtually, even though Jessica Pink says that doesn't compare to being fully open.

"It never will be the same. But it was pretty magical what happened," she said. "There could have been no camp programming. And the fact that all these faces did show up to be with their camp friends was pretty spectacular."

At Big Cove, 650 children are already registered with 500 additional names on the waiting list. Staff have determined it is not viable to run the site as a campground for another summer.

Nova Scotia announced its plan for reopening the province on Friday, providing more clarity on how camps will be able to operate this summer. However, there are no solid dates associated with the province's phased approach.

Summer day camps will be allowed to open during phase two of the province's reopening plan, with a limit of 15 people per group, indoors and outdoors, including staff and volunteers, without distancing.

Overnight camps will be allowed to operate during phase three, following guidelines with cohorts of 15 including staff and volunteers.

During phase four, day camps can operate with a limit of 30 people per group, indoors and outdoors, including staff and volunteers, without distancing.

But the pandemic has offered both lessons and gratitude for these tight-knit communities. It's something that's been embedded in Camp Kadimah for a long time: the word, Kadimah, in Hebrew, means "move forward."

"That together as a community we will always find a way to open the doors and to move forward."