A Nova Scotia art student is taking selfies to a new level.

Séamus Gallagher's self-portraits are all about installation and performance. 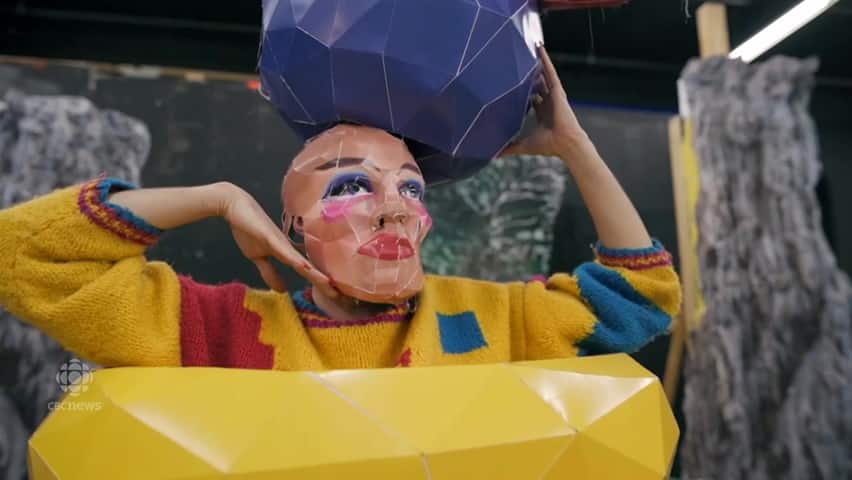 "I'm interested in images that don't really look like photographs ... [they] might look more like they were taken from a video game than through a camera," says Gallagher, a bachelor of fine arts student at NSCAD University in Halifax.

Long before stepping in front of the camera, Gallagher uses computer software to create 3D models of drag characters which are then transformed into paper templates. From there, Gallagher is able to cut out and construct masks and costumes.

"I guess like the dominant culture around video games is a little more macho than I would ... really like it to be," says Gallagher, 23.

"So I liked being able to kind of incorporate these drag esthetics using video game technologies."

Gallagher is inspired by the look of New York's Club Kids from two decades ago.

"It's kind of like 90's drag esthetic that isn't really focused around looking, you know, like a woman," says Gallagher, adding the look is more like "a monster than a woman."

Gallagher's BFA graduate project is all about these 3D drag personas.

The work will be on display from March 4-9 at the Anna Leonowens Gallery in Halifax. The show will include virtual reality.

With files from Natalie Dobbin