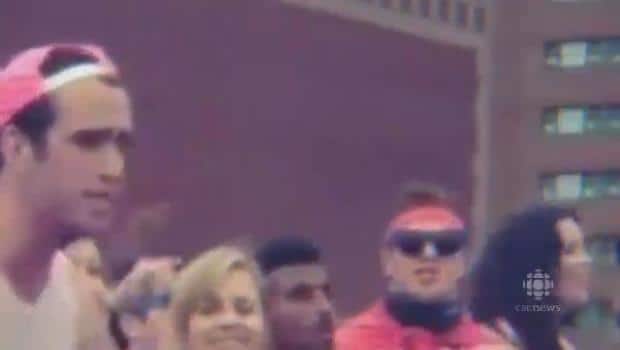 7 years ago
3:03
SMU is promising action after a chant glorifying underage sex without consent was posted online. 3:03

On a crowded football field they shout out, "Y is for your sister [...] U is for underage, N is for no consent [...] Saint Mary’s boys we like them young."

Students said the chant has been used at frosh week for years.

On Wednesday Jared Perry, the student union president, called it an oversight and apologized.

"It will not continue in the future," he said.

The university’s senior director of student services said the administration had no knowledge of the chant until Wednesday at noon. Keith Hotchkiss said he was "disgusted."

All of the 80 frosh week leaders and the entire Saint Mary’s University student union executive have been ordered to take sensitivity training.

The executive is also being sent to a conference at St. Francis Xavier University next week to learn about issues of sexual violence and consent.

The short video is garnering a backlash of disgust and anger.

"It’s derogatory, really. Underage. No consent. It’s saying that's OK. It’s definitely not. It’s a bad message. It’s saying we like the frosh girls, we like them young. It’s not good, it's not cool," said Shannon Neville.

"I have a little sister, too. It’s definitely inappropriate," said Luke Simms.

"Kind of heart-wrenching. Because I don’t think that girls especially should be subject to this," said Melanie Duffy. "It’s promoting violence and a negative image of girls."