After 191 years, historic sabre returned to family, thanks in part to a boy's curiosity

A sabre that saw action in the American Revolution and may have been used as a murder weapon in Nova Scotia has found its way back to the family of its original owner, thanks in part to the curiosity of a 12-year-old in Chile.

'We'd never heard of this, and here's my 12-year-old grandson in Chile unearths this story'

A sabre that saw action in the American Revolution and may have been used as a murder weapon in Nova Scotia has found its way back to the family of its original owner, thanks in part to the curiosity of a 12-year-old boy in Chile.

The rusted cavalry sabre is from around 1780 and belonged to Capt. Joseph Marshall of the Carolina Rangers, a British cavalry regiment sent to help stop the Americans from gaining independence, according to Mark Haynes, vice-president of the Guysborough Historical Society.

But the descendents of Capt. Marshall had no idea the sabre existed until Sam Marshall, who lives in Santiago, became curious about past wars.

So his grandfather Jack Marshall, who lives in Calgary, dredged up an old school report that Sam's father had done on Capt. Marshall when he was a kid and sent it to Sam. 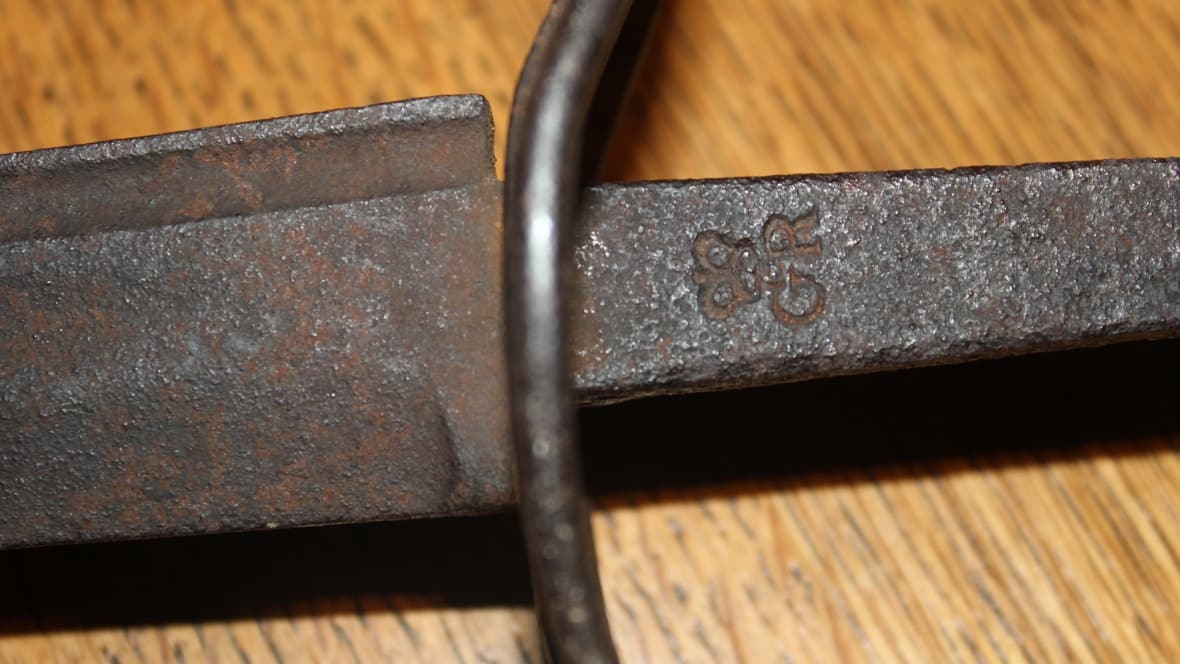 3 months agoVideo
0:49
Jack Marshall, descendent of Capt. Joseph Marshall, describes what it's like to have the sabre back in the hands of his family. 0:49

After reading the report, Sam was inspired. He began combing the internet for more information about his family's history.

He came across a CBC News article from 2014 about a rusted sabre being found in the wall of a home in Guysborough, N.S., during renovations.

That blade had been traced to Capt. Marshall.

"I just looked him up on the internet, found the article and then we asked my grandpa if he had heard about it, and it turns out he hadn't."

Jack Marshall was shocked by the discovery.

"I've been doing research in this area for years, and my father beforehand, and we'd never heard of this, and [here] my 12-year-old grandson in Chile unearths this story," he said.

After seeing action in the American Revolution, Capt. Marshall moved to Guysborough as a Loyalist.

He settled into the community, raised a family, and eventually became a judge, according to Marshall family records.

Despite his war days being long behind him, Capt. Marshall's sabre likely saw action again.

Haynes said that in 1829, a local doctor, Henry Inch — who was not well liked and had allegedly stolen property from his wife — was found dead after being stabbed by what was believed to be a sword.

One of Capt. Marshall's sons, and a grandson, were brought in for Inch's murder, but neither was convicted.

A second trial was held — it's not clear why — and two other men, along with the Marshalls, were brought in for Inch's murder.

No record from the trial exists, but Haynes said it appears that none of the witnesses gave evidence, so the Crown's case collapsed.

According to the research, the sabre sat in an evidence locker for years in case it was needed for a new trial.

That trial never happened. The sabre disappeared for years until it came out of the wall of a house in 2014.

The house was built by a retired Guysborough sheriff in 1939. Haynes thinks the sheriff took the sabre home.

"I mean it looks like it's been used," said Haynes. "He literally might have brought it home to cut leaves or cut bush around his property. That wouldn't surprise me at all."

It's not known how the sabre found its way inside a wall.

In 2014, that home was owned by the Gerrior family. They discovered the sabre when they opened up some walls to do renovations.

The family held onto the blade until last month. That's when Jack Marshall managed to track them down and buy the sabre for $1,250.

Jack was glad to get the sabre back into his family's hands. He said holding the sabre for the first time "was pretty amazing."

But he hasn't forgotten the sabre's checkered past.

"It's a little unsettling in the sense that it probably was a murder weapon, and lord knows what use it had during the fighting [in the American Revolution]."

That's a bit of history he was able to learn in part because of Sam, who said it's "cool" that he discovered something about history that his grandfather didn't know.