Runway construction could delay flights out of Halifax

The Halifax Stanfield International Airport will start construction to extend its main runway at the end of July, which could mean flight delays for travellers.

The airport is extending its runway by 518 metres. 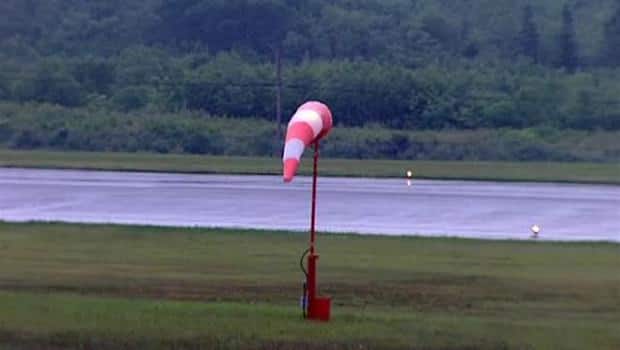 8 years agoVideo
1:50
The construction could mean flight delays for passengers into the fall. 1:50

The Halifax Stanfield International Airport will start construction to extend its main runway at the end of July, which could mean flight delays for travellers.

Dean Bouchard, the airport's director of infrastructure, said the local guidance equipment that guides planes to the runway will be offline, and flights could be delayed or cancelled under certain weather conditions this summer and fall.

"These are the instrument landing systems that pilots use when the visibility conditions are poor, to help guide them to the runway. Because we're moving them, they'll be out of service, so when the visibility is very bad, when it's very foggy, planes may not be able to land," said Bouchard, adding it "will cause some delays and diversions."

The airport said it's expecting schedule disruptions until the middle of November.

The airport said it's extending the runway so that large cargo planes will be able to use the airport when they're fully loaded.

Now those planes must either leave with only a partial cargo load, or fly with their fuel tanks partly empty.

"In order to reliably serve the air cargo market we needed a longer runway," said Bouchard.

The airport is extending its runway by 518 metres.

Bouchard says ticket prices will not be affected by the work. The $28-million dollar project's cost is split between the province, the federal government and the airport.