The owner of a corn maze near Truro, N.S., who went public last week after an employee claimed to have tested positive for COVID-19 said he has now learned the entire story was made up.

'In my wildest dreams, I never once thought to doubt somebody,' says Jim Lorraine of Truro, N.S.

The owner of a corn maze near Truro, N.S., who went public last week after an employee claimed to have tested positive for COVID-19 says he has now learned the entire story was made up.

Jim Lorraine, who owns RiverBreeze CornMaze, spoke to media on Monday and made a public apology after learning there was no risk of exposure at the farm — because the employee at no point tested positive for the virus.

"I am absolutely disgusted. I am absolutely floored," Lorraine said. "If I'm being honest, in my wildest dreams, I never once thought to doubt somebody that would claim they had COVID-19."

Lorraine announced last Tuesday on Facebook that someone who directed vehicles in the parking lot of the Fear Farm had tested positive for the COVID-19.

He said while the risk of exposure was low, he felt it was the right thing to do to ensure his staff and the public were made aware of the situation. 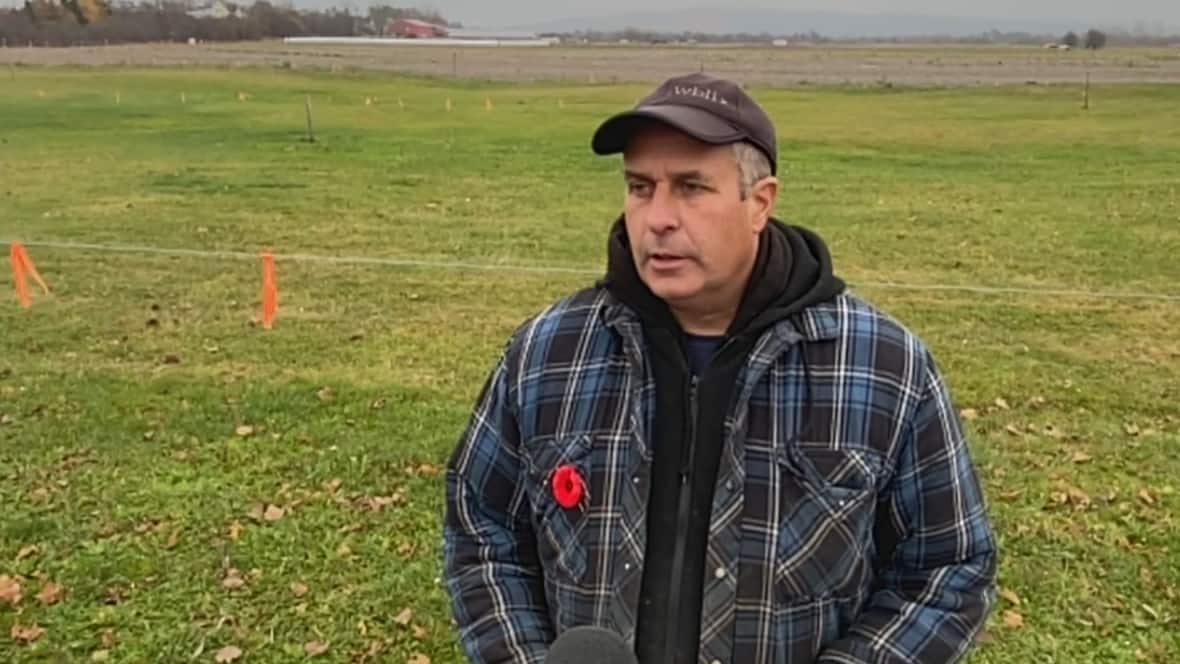 RiverBreeze owner apologizes after employee claimed to have COVID

But as the week went on, Lorraine said continued questions from Public Health and the employee's story started to raise some red flags.

Lorraine said Public Health asked him for the employee's name and later their telephone number, which he found odd. He received another call on Friday and was asked to confirm the employee's number again, which he did.

On Friday afternoon, he said Public Health told him there was "never any risk of COVID exposure" and the investigation was closed.

"While this was obviously good news, how could this be? We knew from the staff member that the individual was tested positive," he said.

Later that afternoon, the employee told Lorraine they had been called for a second test, claiming that their original test had been lost.

"This set off a lot of alarm bells because, although I don't know the whole process of Public Health, I'm darn sure they don't accidentally lose electronic files, paper files and swab tests," he said.

Pushing the employee for more information, Lorraine said he asked where they had been tested. The employee said at a walk-in clinic. Lorraine found this to be strange and confirmed with Public Health that walk-in clinics do not conduct COVID tests.

Lorraine said at this point, "things became very bizarre." The employee then claimed they were tested "near the walk-in clinic."

"I said, 'Well, that makes no sense. What do you mean near? Was it at the walk-in clinic or not? Because Public Health has informed me they do not test there. So I need to know where you got tested,'" Lorraine said.

"He kept saying 'near,' I said, 'What do you mean by near? What building was this in?' He said it wasn't in the building: 'I went to a grocery store. A stranger came up to me and said, you look like you have COVID. Would you like to have a test done?' From there, he said, 'Yes, I would.' The stranger said, 'I can have your results within an hour. Just meet me out on the sidewalk.'"

Lorraine said he told the employee he didn't believe anything they had said.

'I can never communicate how sorry I am'

Lorraine said the individual changed their story again, saying they were tested in a hospital on the province's South Shore. After checking that the hospital did not, in fact, conduct COVID tests, Lorraine told the employee it was time for them to "fess up."

On Saturday, the employee texted Lorraine to say they had received the results from their legitimate COVID test and it came back negative.

Lorraine said he did not hear from the employee again until Sunday evening, when the person texted him saying, "I should have gotten tested before jumping to conclusions. I'm sorry for the issues that I caused."

According to Lorraine, his family received threats after the farm publicized what they thought was a positive test. His staff members suffered "mental anguish" and were chastised by others, he said, despite Public Health giving them the all clear.

"To our staff, I know you endured a lot of pain, and for that, I'm sorry. And I can never communicate how sorry I am for that," Lorraine said.

"To Public Health. I am so sorry for you being overburdened ... I want to apologize to our customers for everything that went on and everything that transpired. I felt I was acting in an appropriate manner, based on the information that I was given at that time."

Lorraine said the former employee will "never be welcome back" to the farm, either as a worker or a visitor.